Did you know Kate Middleton has a famous American cousin? Her name is Ellen DeGeneres and she's still waiting for her royal wedding invitation! 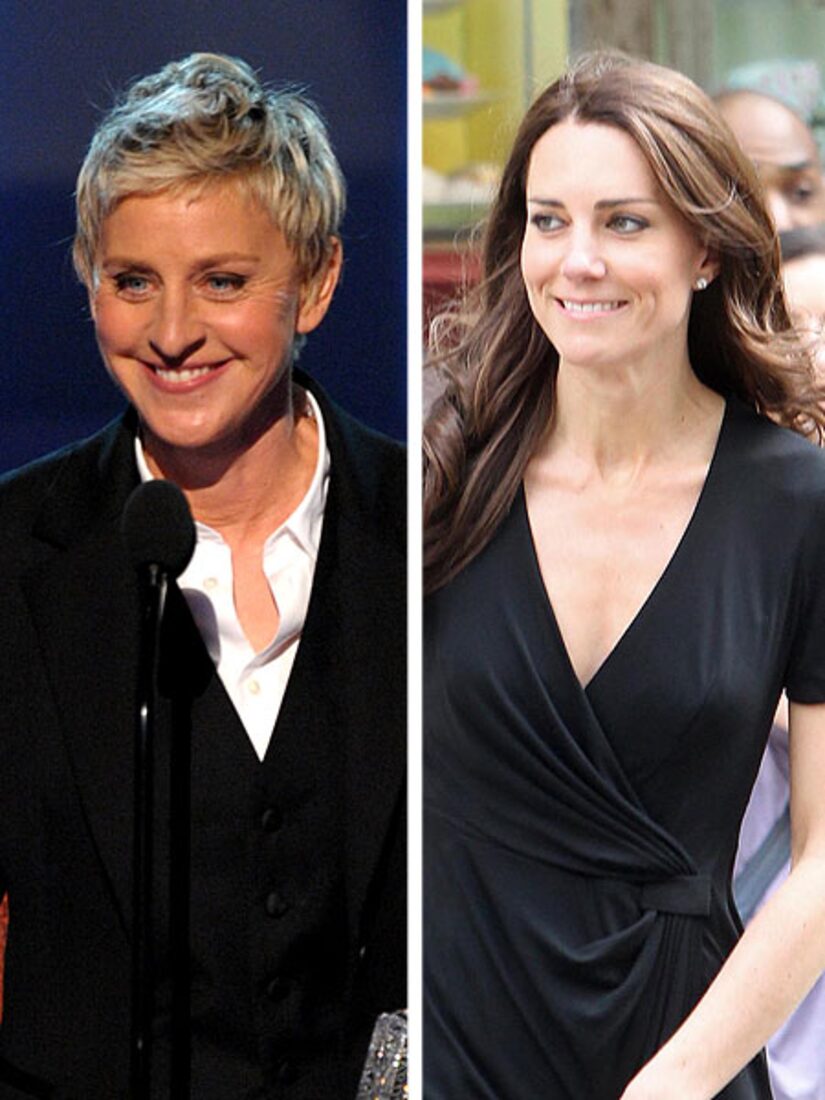 In a hilarious new interview with the talk show host, "Extra's" Terri Seymour learned DeGeneres discovered through a genealogical society that she is related to the soon-to-be princess. "We're 15th cousins, yeah, it's not like we're 20th or something... we're 15th."

With the wedding a few days away, Seymour asked if DeGeneres had moved on from not being invited. "It's not too late, Terri. I'm not counting anything out. That's not how I got to where I am, by being a glass-half-empty kind of person. I mean, there could be a phone call..." Ever optimistic, Ellen said her bags were packed and ready to go. "I have a beautiful outfit picked out, and a hat."

DeGeneres hinted that her distant cousin might need her in the near future. "There will be a time when Oprah's not gonna be around next year. Who will be around to help her when she needs something? Me."

In the meantime, Ellen has all of Hollywood royalty lining up to sit down with her on her talk show this May, including Justin Timberlake, Mila Kunis, Steve Carell, and Orlando Bloom.

Watch Ellen on Thursday for a special appearance by Lady Gaga, with the world TV premiere of her new hit song, "Judas"!