Here comes the bride... and the rain? The royal wedding is less than three days away and forecasters are predicting thunderstorms for Kate Middleton and Prince William's big day. A downpour will ruin the couple's plans for an open-topped journey to Buckingham Palace, not to mention potential wardrobe, hair and makeup disasters! 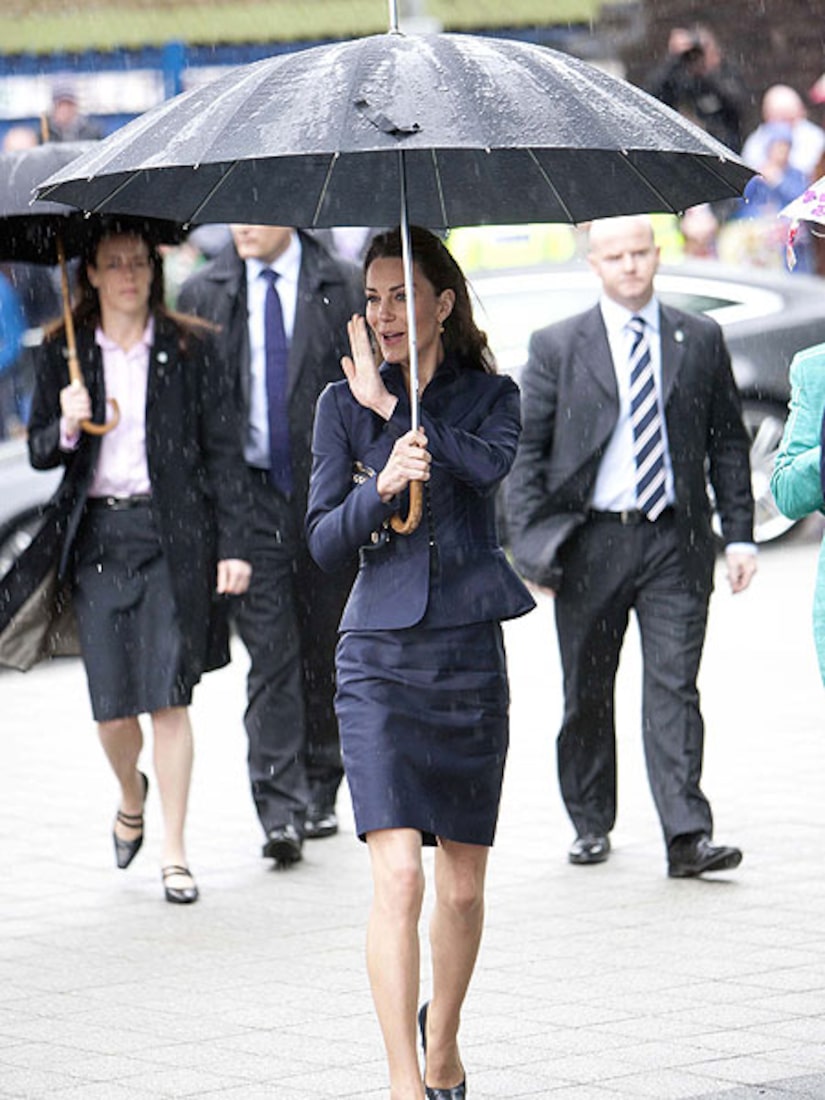 The bride-to-be isn't letting the forecast slow down her wedding preparations. Middleton headed to Retreat beauty salon with her sister Pippa, who is a bridesmaid, to indulge in a Crystal Clear Oxygen facial. The treatment claims to visibly plump fine lines and wrinkles.

"Extra's" royal correspondent, Mr. Paparazzi, expressed his excitement for the big day. "I've been lucky enough to go inside Buckingham Palace and Westminster Abbey, and I can tell you they are truly spectacular places. Just standing there, you can feel the history."

Meet the Racy Middletons... Who's the Trolley Dolly?

In anticipation for Friday's nuptials, "Good Morning America's" Robin Roberts was in London and let "Extra" in on a royal secret. "Will said he's not going to watch any television so he's gonna see her for the first time when she's walking down the aisle. He doesn't know the dress, I think that's so romantic."

While ABC News predicts Middleton will most likely wear the queen's "fringe" tiara, perhaps the most talked about wedding topic is Kate's dress, and "America's Next Top Model's" Nigel Barker had this to say: "It'll be conservative, form-fitting, but lady-like... classic, timeless."