UPDATE 4:45 PT: Lindsay has been sentenced to 120 days in jail for a probation violation, and 480 hours of community service; 360 of it to be performed at a downtown women's shelter, and the other 120 at the morgue! Judge Sautner said Lindsay should have notified the jewelry store sooner -- she had waited weeks to return it and only did so when she reportedly found out that police were going to search her home. Lindsay's attorney said she will appeal.

Lohan was taken into custody and was released on bail later Friday night.

After a failed attempt to postpone her court appearance on Good Friday -- according to RadarOnline, Lindsay Lohan arrived to court for the 10:00 AM preliminary hearing to determine if there's enough evidence to put her on trial for felony theft in the matter of the necklace she allegedly stole from Kamofie and Co. in Venice. 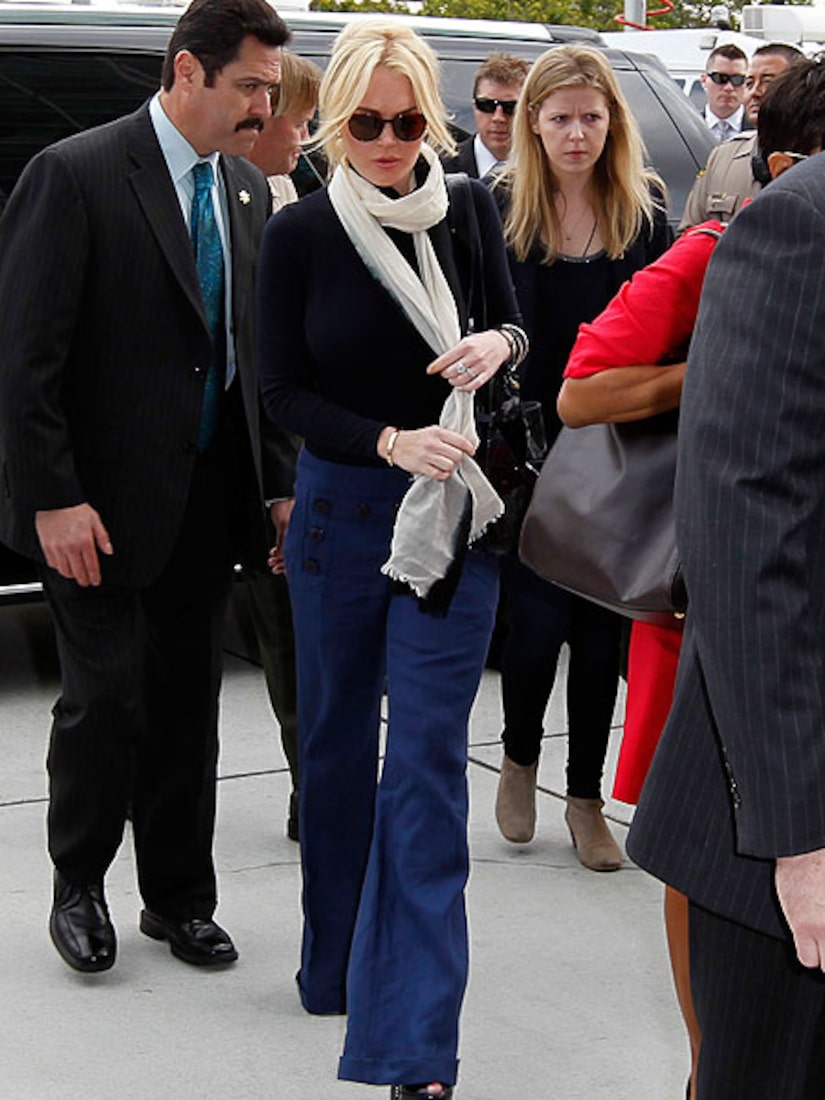 Sofia Kaman, the owner of the boutique, took the stand today and claimed Lohan's friend, Patrick, distracted her while Lindsay tried on the necklace, reports TMZ. She testified that after putting the necklace on, the starlet allegedly covered it with the necklace she was already wearing, before exiting the store.

When Lindsay's lawyer questioned Kaman about receiving $25,000 for selling the surveillance tape of the event, she denied it.

Court has recessed for lunch, but TMZ predicts the judge will reduce the charge to a misdemeanor and order the actress to stand trial.

UPDATE 2:00 PT: The charge has been reduced from felony grand theft to a misdemeanor. A felony grand theft charge carries a potential of three years behind bars in state prison, whereas a misdemeanor carries a maximum penalty of one year in county jail. This lesser charge could mean a prison sentence is not likely, and the entire case could be settled as a probation violation.

Sources close to the courtroom say Lohan was "practically doing cartwheels" when she heard the news.

A pre-trial hearing has been set for May 11 with a trial tentatively scheduled for June 3.