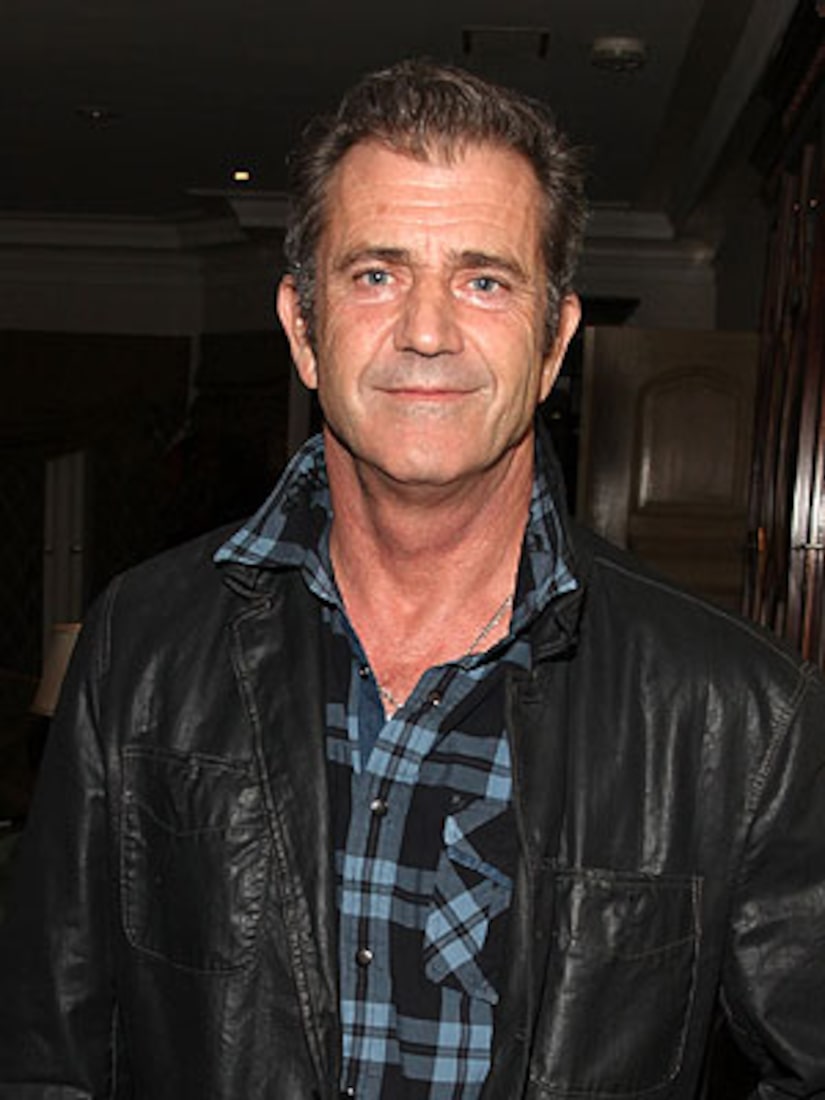 The actor has had his share of set backs, beginning with his 2006 DUI arrest and drunken anti-Semitic rant, the 2010 allegations of abuse against ex-girlfriend Oksana Grigorieva, and those rage-fueled tapes, recorded by Grigorieva.

Mel candidly opens up in his interview with Weiner - who writes, "there were no pre-set conditions, no topic off limits, and no ground rules. This is just Mel being Mel."

Here are some highlights from the interview. The full interview is posted on Deadline.com.

DEADLINE'S ALLISON HOPE WEINER: Are you worried that audiences will hold what happened against you, and you won't be able to act anymore?
MEL GIBSON: I don't care if I don't act anymore.
WEINER: Really? Is that true?
GIBSON: It really is true.
WEINER: Aren't you going to be hurt if people judge you based on what they believe occurred here?
GIBSON: I'm beyond that, way beyond that. The whole experience has been most unfortunate. And so it's not without all the downside.
WEINER: But if you don't get to act again... I'm asking the same question.
GIBSON: I could easily not act again. It's not a problem. I'm going to do something now because I want to do it and because it's fun. I've already pulled another job and it's going to be fun. I don't know if it's going to get off the ground, but I'm going to go work for [Best Picture Oscar winner Braveheart's screenwriter] Randy Wallace again. He's got this script and he's had it for years. He wrote some book and he's adapted it to a script. And it's almost like Alexander Dumas -- like that swashbuckler kind of stuff.
WEINER: You were going to do a small part in Hangover II. How did you respond to being asked to do that and then having cast members not want you in it? How did it feel to have them allow a convicted rapist [Mike Tyson] in the movie and not you?
GIBSON: You have to let that go. I sat here and talked to [director] Todd [Phillips] about it. I like Todd. How could you not like Todd? He's smart and he's gifted and so are the other people in the film. It's okay. You just have to let that go.
WEINER: Even when the drunk driving/anti-semitic incident happened and was splashed everywhere, you continued to work. Do you just compartmentalize things so you can keep working when you're at the center of something like this?
GIBSON: You have to. There are a lot of people depending on you. There are deadlines to meet and fiscal responsibilities. There are the basics of supporting yourself and those who depend on you and those commitments that you have to co-workers.
WEINER: What did you think of Whoopi Goldberg going out on a limb and publicly defending you?
GIBSON: I knew Whoopi before she was Whoopi. And, as she's great and I always liked her and loved her. I like her even more now because she got it.
WEINER: You'd kept much of your private life out of the public for so many years. And you kept this relationship with Oksana Grigorieva really private for quite some time. The public didn't even know you were dating her for a long while.
GIBSON: It's nobody's business. It really isn't. Why is it? Why is it anyone's business? I think it detracts from my business. It's a change. And why is that of interest to anyone? It always baffles me. Why is that of interest to anyone? If people understood how mundane my life really is. You're sort of thinking, who cares? It's staggering. It's a surprise to me. It's just a life.
WEINER: People don't know very much about who you really are. You had this public persona that seemed easy-going and always happy and joking. And I think people all thought that personality as the Lethal Weapon franchise evolved was yours.
GIBSON: Yes. Kind of slightly manic. A kind of cuddly pathology.
WEINER: Let's talk about what you plead to in court regarding allegations that you hit Grigorieva.
GIBSON: I was allowed to end the case and still maintain my innocence. It's called a West plea and it's not something that prosecutors normally allow. But in my case, the prosecutors and the judge agreed that it was the right thing to do. I could have continued to fight this for years and it probably would have come out fine. But I ended it for my children and my family. This was going to be such a circus. You don't drag other people in your life through this sewer needlessly, so I'll take the hit and move on.
WEINER: How did you find yourself in the position to make some of these many bad choices? When you were pulled over for the DUI in Malibu, weren't you separated from your wife?
GIBSON: The next day.
WEINER: At this point, you seem to have made it past the worst of the tape scandal. How are you feeling about things?
GIBSON: The main thing is that it was terribly humiliating and painful for my family, all my kids.
WEINER: Do you try to stay fit?
GIBSON: Yeah, you do stuff like that. [Whispers with a smile.] Nobody wants to see my belly button on my chin. I don't like it when I see somebody else's belly button on their chin. It's the way things go. Hey, I do what I can to sort of just stave off the clock -- walk, swim, try and smoke an electric cigarette. I mean it's all bad for you. Life is bad. We're all dying. We're all in the process of oxidizing. Everyone of us is in the process of oxidizing so to sort of interrupt one aspect of that while everything else goes on, it's a freak show.
WEINER: Is it hard to have a new baby at your age?
GIBSON: No. Not at all. That's the best thing. That's just great. It's just -- look, children are just amazing gifts. The whole journey of discovery again and having a different perspective now. It's different. You learn. I mean, I have a daughter who is 30 and I have a daughter who is 18 months. And the 18 month is getting 30 years of benefit.