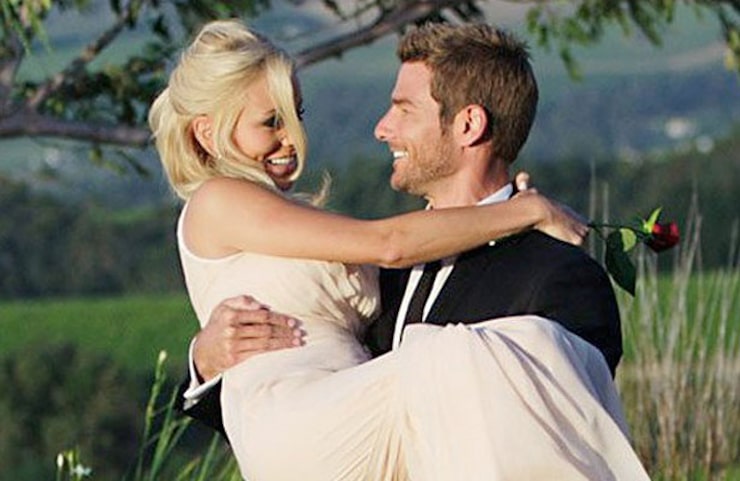 It seems that Emily felt pressured to move to Texas with her 5-year-old daughter and to conform to Brad's lifestyle. An insider close to Maynard tells OK!, "She finally gave up and refused. She said, 'I want my life back.'"

Find Out How Emily Dumped Brad

According to Life & Style, Maynard split with Brad because of his "hurtful and erratic behavior." Speaking out about the breakup is complicated since Emily's contract with ABC forbids her from talking about it.

The couple previously admitted they broke up after filming the show's finale. In the past, Emily expressed her hesitation to marry Womack, citing his temper, not living together, and fears that Brad would cheat on her.

A Life & Style insider said, "Brad seemed very complacent all of a sudden. He did everything he could to woo and charm Emily on the show, and then it just slowed. Emily knows he likes Texas, he likes his bars and booze, so she's just wondering if he likes someone else. It started to really worry Emily. She felt like, 'If he's not wanting to see her, who is he with?'"

And that's the reality of romance.