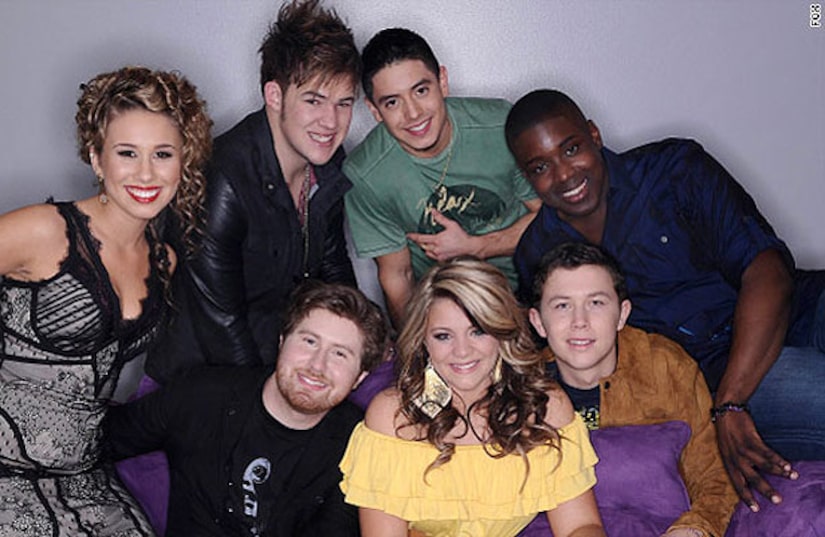 In a flickering bodysuit, Katy Perry walked on stage and performed "E.T." with a surprise guest appearance from Kanye West. Season 7 "Idol" winner David Cook returned to the stage and sang his new single, "The Last Goodbye."

"American Idol" Winners: Where Are They Now?

Steven Tyler stated that none of the finalists deserve to go home at this point. "A lot of love is coming their way soon," the rocker predicted.