Actress Catherine Zeta-Jones was snapped in Louisiana, back at work on the romantic comedy, "Playing the Field." 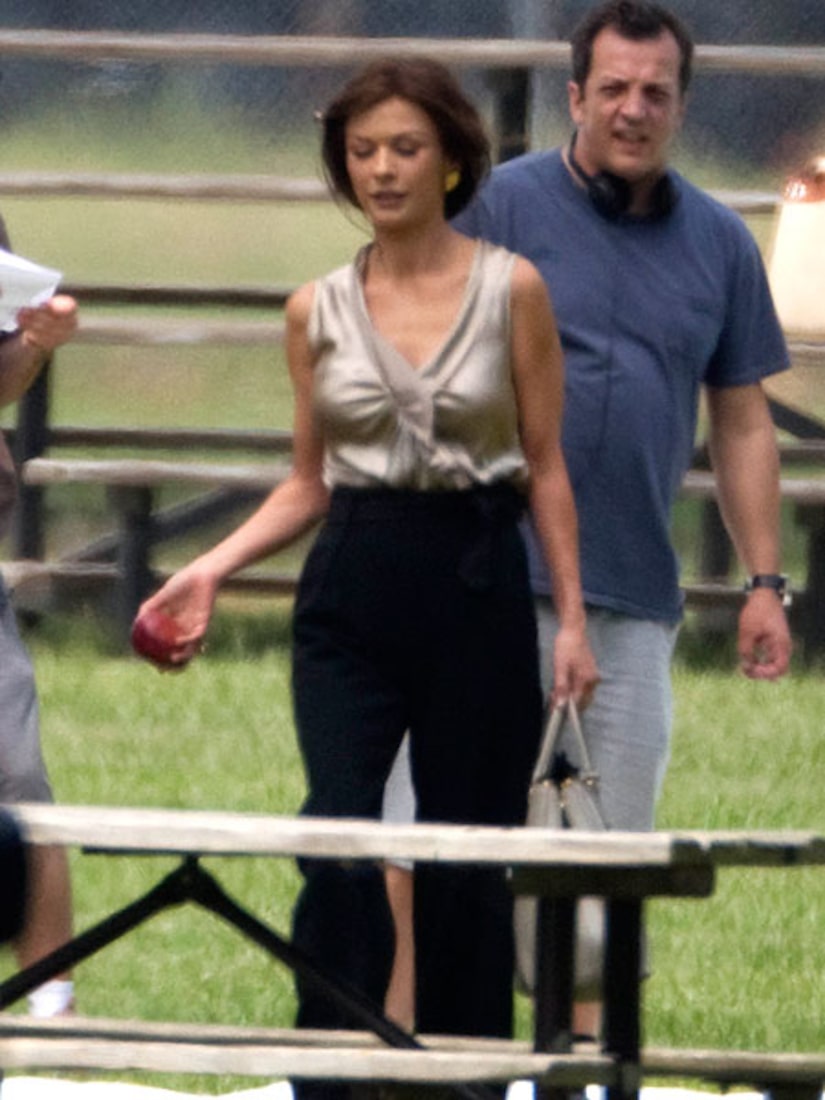 Zeta-Jones stars as a soccer mom wooed by her son's coach, played by Gerald Butler.

Zeta-Jones recently sought treatment for bipolar II disorder and is now speaking out about it to help others with the disease.