Duane "Dog the Bounty Hunter" Chapman posted bond for Nicolas Cage after his arrest in New Orleans over the weekend, according to E! News. 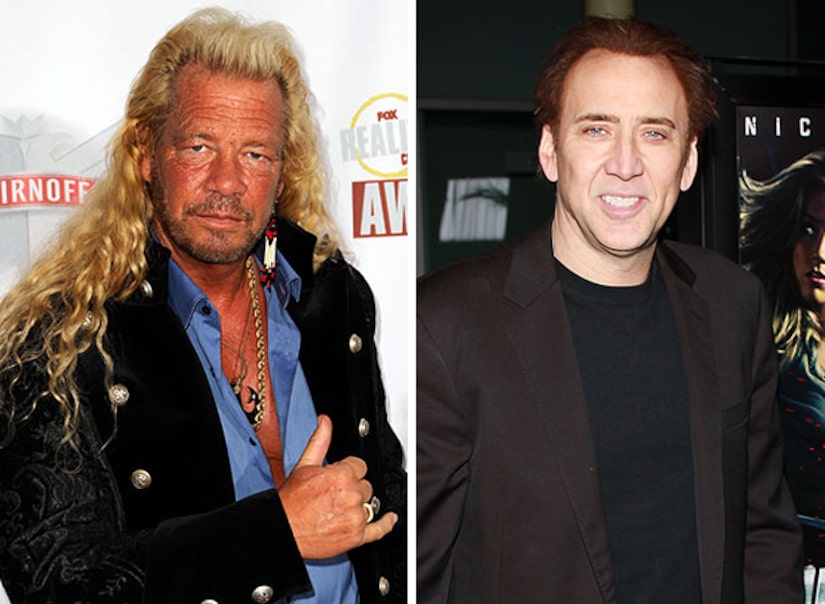 Dog, who stars in his own reality show on A&E, reportedly posted $11,000 for Cage, who was taken into custody for public intoxication, disturbing the peace and domestic violence battery against his wife, Alice.

Find Out Details Behind Cage's Arrest on Saturday

In a statement, the bounty hunter said: "I am a truly dedicated fan of Mr. Cage and will not be granting any interviews about my client as I wish to respect his privacy. I performed my duties as a bail bondsman and not in connection with our show."

Nic and Alice Argued in a Tattoo Shop Before His Arrest

In addition to his arrest, the 47-year-old Cage is also in trouble with the IRS. He currently owes more than $14 million in unpaid taxes, reports RadarOnline. Spiraling in a financial downfall, the actor was foreclosed on six of his homes. Cage is also suing former business manager Samuel Levin for $20 million -- blaming him for financial ruin. Levin claims Cage blew his fortune on 15 mansions, four yachts, nine Rolls-Royce Phantoms, his elaborate collection of jewelry, Elvis memorabilia, motorcycles and comic books.

Cage was arrested early Saturday morning after a drunken argument with his wife over where his rental house was located. He allegedly grabbed his wife by her upper arm during the argument, before witnesses called police officers to the scene.