Days before Catherine Zeta-Jones checked into a mental clinic to be treated for a bipolar disorder, the actress flew to Wales to see her parents, Patricia and David, according to the Daily Mail. After staying with her mother and father for a few days, the trio flew back to New York where they're "looking after the children and maintaining some sense of normality," a source revealed. 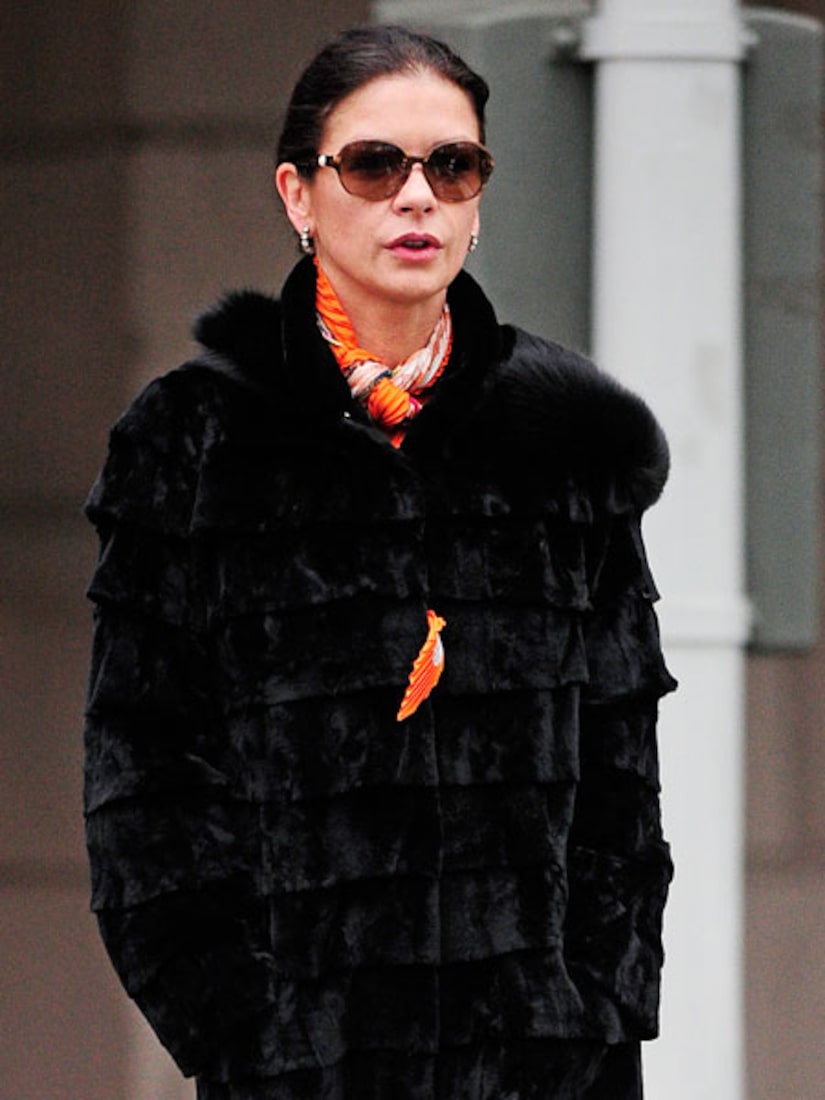 Catherine spent five days in Silver Hill Hospital in Connecticut, which sits on a lush 45-acre green countryside. After being treated at the exclusive clinic, she is said to be home with Michael, 66, and their children Dylan, 10, and Carys, 7. It's unknown if her parents are still in NYC.

What Did Dr. Drew Have to Say About Catherine?

The actress is currently preparing for two movie roles. One is a comedy with Gerard Butler called "Playing the Field," in which she plays a soccer mom. The other is a gambling dramedy starring Bruce Willis titled, "Lay the Favorite," scheduled for release in 2012.