"It will be by the end of the year!" Jessica Simpson confidently told "Extra" about her wedding date. The singer, engaged to former NFL player Eric Johnson, said she is still working on her dress for the big day.

"I think every bride wants to design her own dress or at least have a part in it. It won't be like a Jessica Simpson Collection dress," she explained.

Jessica Through the Years

This has been quite an exciting time for Simpson. In addition to getting engaged, she is also featured in People's "World's Most Beautiful" annual issue and said, "I like being honored for my curves. That's what makes you special."

Simpson, who was in Denver on Thursday, took part in honoring Colorado's military families with First Lady Michelle Obama. Jessica sang at Coors Field in a special performance paying tribute to America's soldiers and revealed she was caught off guard when she was asked to sing. "When I got the call from Mrs. Obama, I was pretty shocked. It was like, did she get the wrong number?" 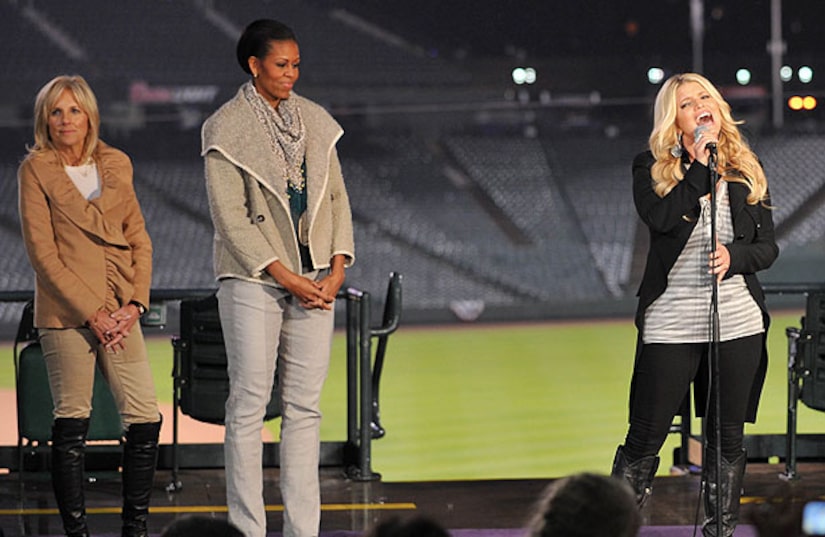 The songstress was joined onstage by the First Lady and in a statement, Jess told the press, "It's a huge honor for me. Just to be there and show my support and say thank you."

To find out how you can help America's military families, visit the USO website or Michelle Obama's "Joining Forces."