No one saw this coming -- Thursday's shocking "American Idol" saw 22-year-old frontrunner Pia Toscano get the ax, causing the studio audience to boo and jeer, with the judges launching their own tirades. Celebrities took to Twitter and showed their support for the singer and their disagreement with her elimination. 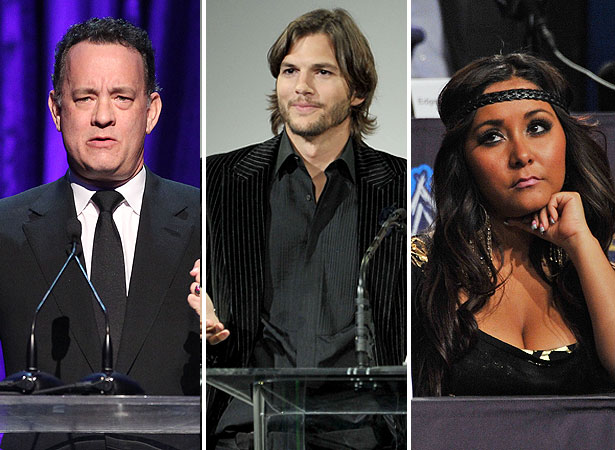 Tom Hanks tweeted, "How could the USA vote Pia off? I may be done for the season! HANX"

"Who are the people that vote on American idol? That's just crazy! That Pia girl is dope!" - Ashton Kutcher

"Are you watching Idol? I am so shocked and sad." - Ellen DeGeneres

"Pia should have won the whole thing! I'm not watchin Idol anymore. I'm with JLO on this one..." - Snooki

In Pia's latest FOX morning circuit interview the singer said, "Everything happens for a reason. I'm not mad... you never know what lies ahead, I try to be positive."

Brooke Burke explained she believed Pia supporters did not vote and tweeted, "everyone loves to complain about results... but did they vote?"

Do you agree with the stars? Vote now!

Hilary Duff Is in '#Pregnantville' 9