Actress and UN Ambassador Angelina Jolie sported some new ink on her arm -- and there's speculation that it might indicate Jolie's plans to expand her family... but it's not so. 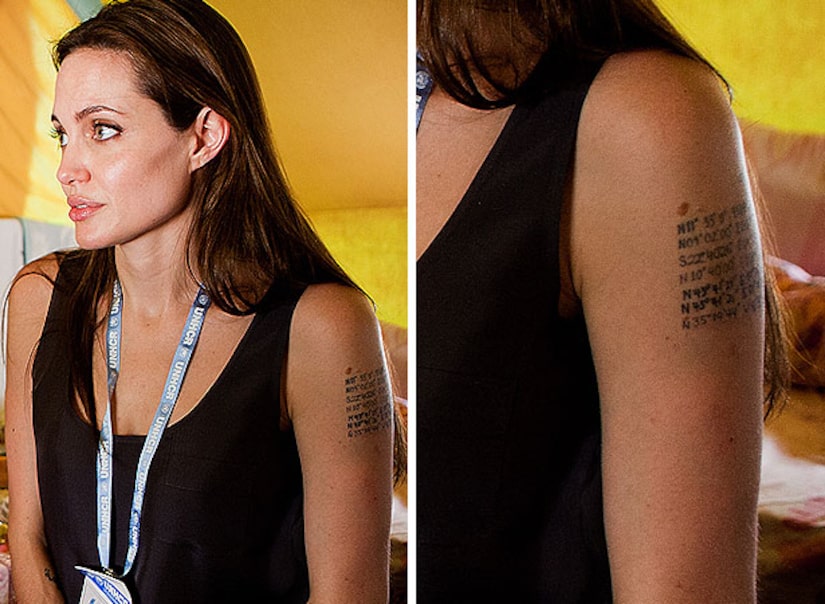 During a UN goodwill trip to draw attention to Libyan refugees at the Tunisia-Libya border this week, a seventh line was seen underneath Jolie's tattoo of the six coordinates of the birthplaces of her six children with Brad Pitt.

A source told People.com the adoption rumor is false, while PerezHilton.com reports the new line represents the longitude and latitude of Brad Pitt's birthplace in Oklahoma, with a source telling the site, "She got the seventh line right around the time she and Brad moved the kids back to L.A."

Check out photos of other tattooed celebrities!

Jolie adopted Maddox, 9, from Cambodia, Pax, 7, from Vietnam and Zahara, 6, from Ethiopia. Shiloh, 4, was born in Namibia and 2-year-old twins Vivienne and Knox were born in France.