"Extra's" Steve Santagati caught up with newlywed Reese Witherspoon less than a week after her elegant wedding at her Ojai ranch home, where she wore a stunning light pink Monique Lhuillier wedding gown. 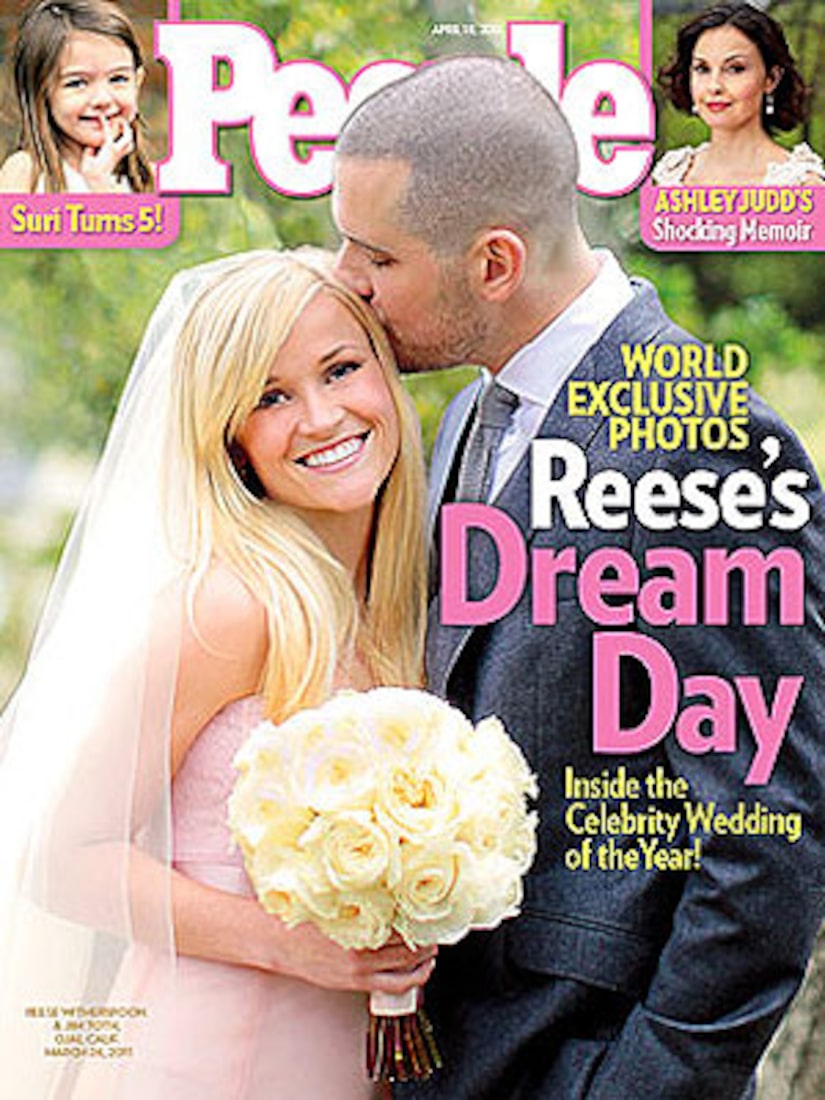 Reese, already a mother to 11-year-old Ava, her maid-of-honor, and 7-year-old son, Deacon, addressed whether she planned to expand her brood with new husband Jim Toth. "Am I gonna have kids? Gosh! A little pressure..." Witherspoon laughed.

Then she reminded Steve, "I've been married for 5 days now!" Santagati joked, "Chop-chop Reese, get to it!" "I'll let you know as soon as I figure it out. I'll text you," Witherspoon replied.

The actress, along with co-star Robert Pattinson, also talked about doing her own stunts in their latest film, "Water for Elephants." Reese recalled initially being afraid in a scene with an elephant on its hind legs, but after finishing the stunt she said, "It was cool, it was really fun."

Co-star Robert Pattinson also expressed his concern for a stunt he did on a moving train. "I thought it was going to be fun, and all of it was terror," he laughed.

Steve also wanted to know if "older ladies" will enjoy seeing the teen heartthrob in the film. Rob pointed out to Reese, 36, "Old ladies like you." The actress burst out laughing and accusingly turned to Steve. "You mean like me? Recover please. Compliment me, please."