Outside New York City's Motor City Bar, Linday Lohan fell while holding her cigarette and cell phone, laughing. Despite reports the former Betty Ford rehabber has fallen off the wagon, Lohan insists she was not drunk and that it was simply a "joke." 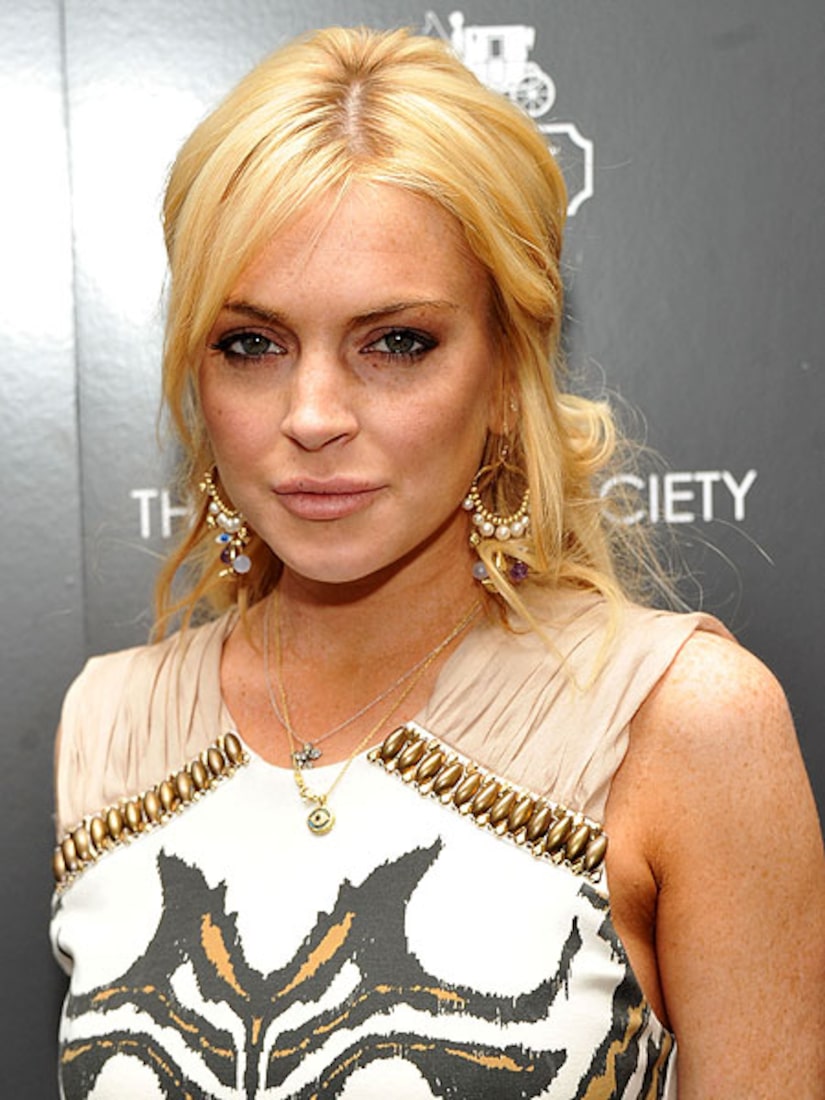 Shortly after the incident, Lindsay explained to TMZ: "I was NOT drinking, nor do I drink! I was with my brother, sister and friends. I was making a joke. They're trying to make something out of nothing. Just because I'm out doesn't mean I'm drinking." To be fair, she was wearing sky-high platforms.

She continued to defend herself and later tweeted, "Is it not allowed to slip and fall? im always a klutz!!!"

The following day, the starlet walked the red carpet during a NYC screening of "Source Code," held at the Crosby Street Hotel.

In other Lindsay news, TMZ has obtained the 911 call that was made by the actress on December 12 during an altercation with former Betty Ford employee Dawn Holland.