"Dancing with the Stars" judge Carrie Ann Inaba got a blissful surprise when she subbed for Kelly Ripa on "Live with Regis and Kelly" Thursday morning. 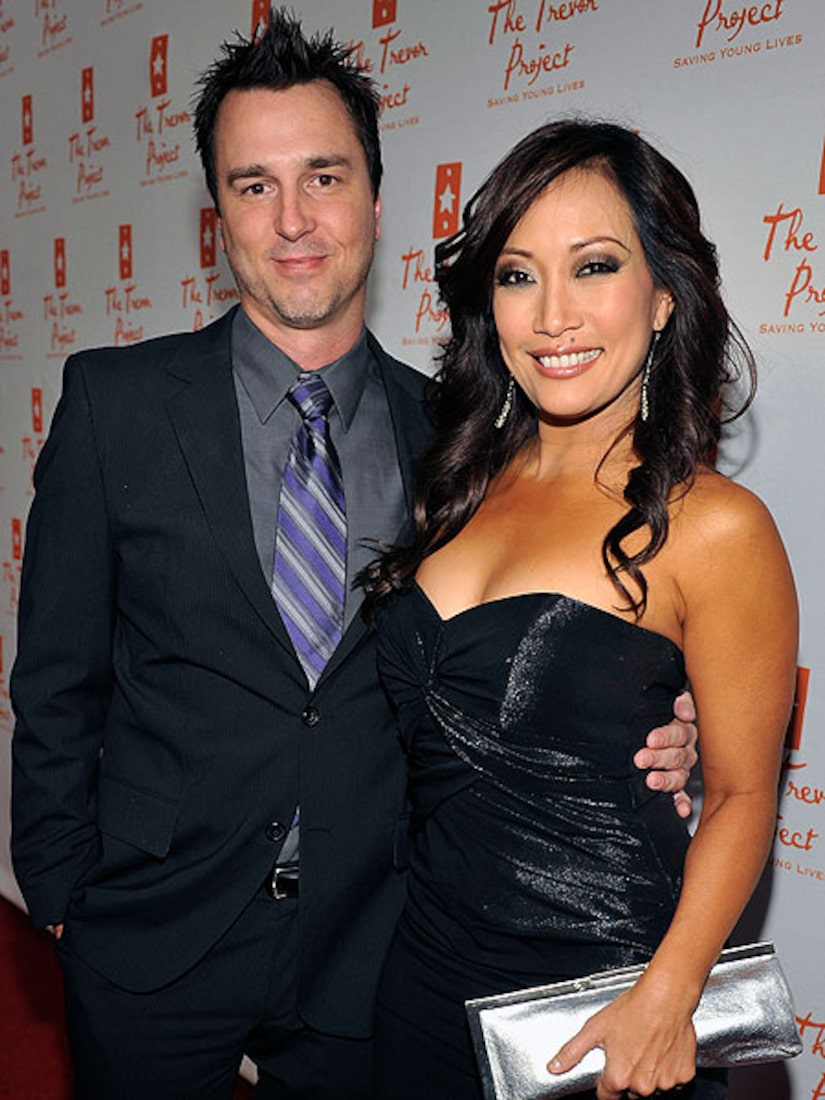 Moments before the proposal, Regis read a letter from a viewer wanting to marry his girlfriend of two years. Carrie Ann's boyfriend, accountant Jesse Sloan, then came out from backstage holding a diamond ring.

After getting down on one knee, Jesse romantically professed, "I struggle to find the words to express what you mean to me. You're an inspiration. You're everything to me. Will you marry me?"

Kirstie Alley Plans to Amp Up Her "DWTS" Performance

A stunned and teary-eyed Inaba replied, "Yes, I will marry you."

The happy bride-to-be gushed on Twitter afterward, "Thank you for all your love and support on my engagement. So exciting to hear I'm engaged. For, now, I'm not 'Jesse's Mrs. to be', I"m still just 'Jesse's Girl'. :)"