The hilarity never stops with octogenarian superstar Betty White, who is now set to host an NBC reality show, tentatively titled, "Betty White's Off Their Rockers." 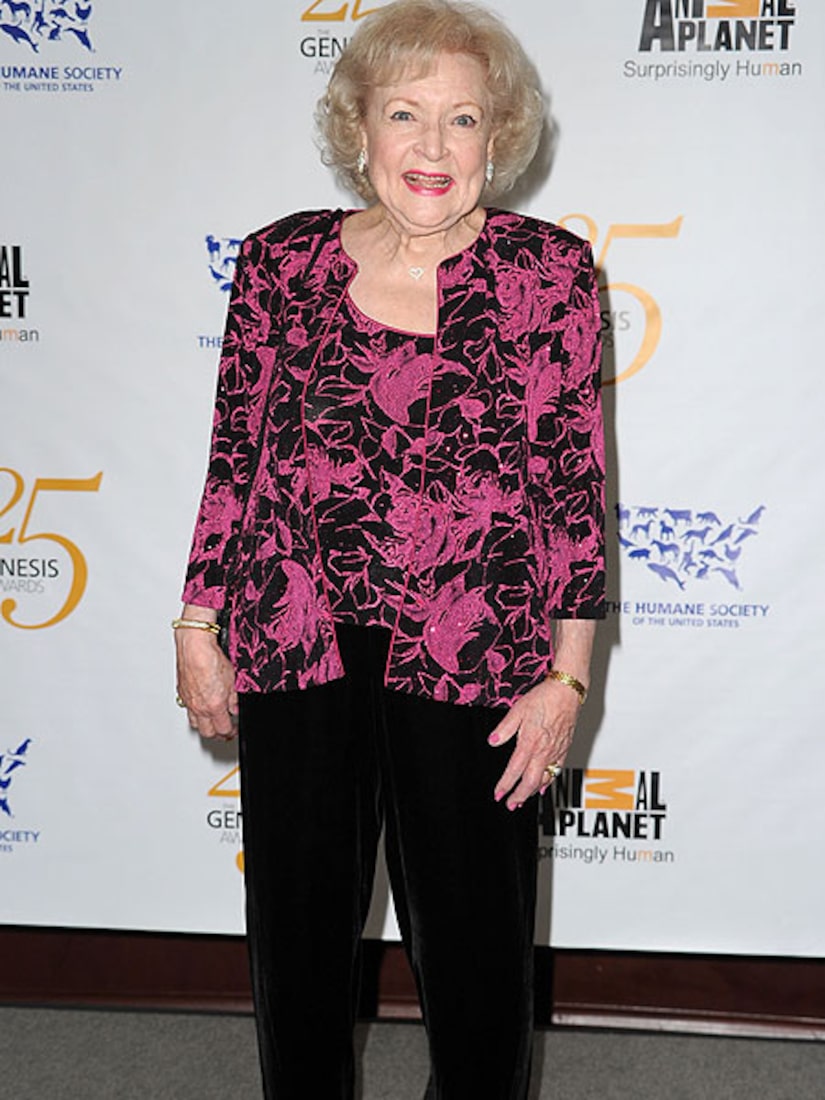 Wait until you hear the premise! The series focuses on a group of senior citizens who band together to play pranks on younger people. Now, that's entertainment!

The "Hot in Cleveland" star will host the series, based on a hit Belgian show that has been produced in other European countries, AP reports.

In a statement, the 89-year-old joked that people have been telling her she's off her rocker for years, and now she has a chance to prove it.

White is a NBC darling, having starred in the network's hit sitcom "The Golden Girls" for seven seasons and a few of its spinoffs.

Betty White is of German and Greek ancestry.

Betty was the first woman to receive an Emmy for hosting a game show.

She was raised in Los Angeles and attended Beverly Hills High School, graduating in 1939.

Per White's autobiography, she was named "Betty" at birth not "Elizabeth" because her parents did not want her to be saddled with any of the nicknames and derivatives of Elizabeth — i.e. Beth, Liza, Ellie, etc.

Before entering the acting world, Betty White worked as a model. Her first gig was at the Bliss Hayden Little Theatre.

Betty began her career in radio in the early 1940s. She appeared on radio shows "Blondie," "The Great Gildersleeve" and "This Is Your FBI."

White got her first big break when she landed her own radio show, called "The Betty White Show."

Betty White debuted on television in 1949 with Al Jarvis on his daily live television variety show, "Hollywood on Television."

White became the host of "Hollywood on Television" after Al Jarvis left the show.

Bandy Productions created new shows using existing characters from sketches shown on "Hollywood on Television." White starred in the show, "Life With Elizabeth" from 1952-1955 which effectively boosted her career.

Betty White won her first Emmy in 1952 for "Life with Elizabeth."

Betty White made her film debut as Kansas Senator Elizabeth Ames Adams in the 1962 flick, "Advise and Consent."

Betty White appeared on numerous game shows in the 60s, making her thefirst woman to win a Daytime Emmy Award in the category of Outstanding Game Show Host, for the show "Just Men."

Betty has contributed millions of dollars to charities and is one of the country's foremost animal activists.

Betty White scored her most memorable television role in 1985 as Rose Nylund on "The Golden Girls."

White won an Emmy Award in 1985 for Outstanding Actress in a Comedy Series during the first season of "The Golden Girls."

A Facebook campaign called "Betty White to host SNL (please)" began in January 2010. The group had 500,000 members when "SNL" confirmed on March 11 that White would host the show on May 8.At the age 88, White is the oldest person to host "SNL."

White's third husband, Allen Ludden, died of stomach cancer in 1981. She never re-married and the two had no children.

Betty White is a vegetarian.

Betty was one of the first actresses to earn the unofficial title, "America's Sweetheart."

Betty White starred alongside Sandra Bullock in the 2009 comedy, "The Proposal."

Betty White is the oldest of the four women who starred on "The Golden Girls."

In 1955, Betty was nominated as the honorary mayor of Hollywood.

Betty White admits to having plastic surgery before "The Golden Girls," even though the program was about growing old and not having a problem with it.

Betty was originally supposed to play Blanche on "Golden Girls," but they thought that Rue was better suited to the role.

A nude photo of Betty White from the 1940s surfaced in 2010. The photo was taken when White was struggling to become a model.

Betty White had a Pink's Hot Dog named after her; the Betty White "Naked" Hot Dog.

Betty had a mastoid infection when she was very young, at which time her parents took turns reading L. Frank Baum's Oz books to her to comfort her.

Betty White once hosted her own talk show called "The Betty White Show" in 1954.

Betty has a star on the Hollywood Walk of Fame alongside the one for her late husband, Allen Ludden.

Betty White was inducted into the Television Hall of Fame in 1995.

White was offered the role of Helen Hunt's mother in "As Good as It Gets," butturned it down because she objected to the treatment of the dog in the film.

Betty White is the only "Golden Girl" to appear on four different shows as the same character ("The Golden Girls," "Empty Nest," "The Golden Palace" and "Nurses").

Betty White's appearance on "Saturday Night Live" got the show its highest overnight ratings in 18 months.

During the late 1930's Betty thrived in high school, and was voted the best looking female by her classmates.

With Rue McClanahan's death in June 2010, White became the last surviving member of the four "The Golden Girls".

On friend Sandra Bullock: "She's one of the most special people I've ever met. Too bad she's not good looking, but otherwise ..."

On losing Golden Girl costar Rue McClanahan "I talked to her three days before we lost her ... She lived in New York and I lived on the West Coast. We talked every three, four weeks. She was getting back [after some health complications], so we thought she was doing well. But, unfortunately, it surprised us."

White posted on her SNL Facebook page;"I'm somewhat of a technological disaster, I hear about it all, but It's my secretary who keeps me up to date. I don't even know where that started"

Queen Latifah on Betty White "She's probably my favorite. She's sweet and funny and as all get up, and a little irreverent. She's sassy. To me that's the fun part, especially when you get to the years where she is. You can get away with saying anything and doing anything."

George Clooney did a guest spot early on in his professional career on the hit television series Golden Girls starring Betty White.

"Our sex scenes were cut for theatrical release [...] but don't worry, everyone can see them on the unrated DVD. Sandy, you are a national treasure, which I know a thing or two about since my ovaries were recently named historical monuments."