Actress Carey Mulligan and Mumford & Sons singer Marcus Mumford are rumored to be an item.

The "Wall Street: Money Never Sleeps" actress, 25, and the British folk singer, 24, were spotted vacationing together in England over the weekend, UsMagazine.com reports. 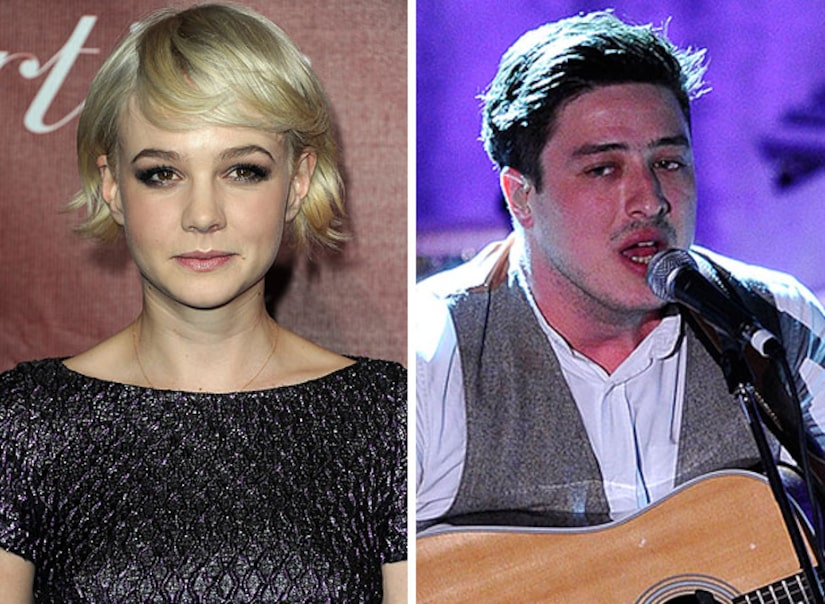 Sources told Us Mulligan and good friend Jake Gyllenhaal were seen at a secret Mumford & Sons show in Nashville, Tenn. on February 7. A few days later, Mumford and Mulligan caught an Arcade Fire show in NYC then hit a private club.

"They were whispering to each other and enjoying the show," said the source. "They definitely seemed like a couple."