Now that Elizabeth Taylor has passed, the focus falls on her fortune and the man who Taylor relied on during her final years, Jason Winters. He may be one of the heirs to her fortune -- estimated at over $600 million -- which Winters will reportedly administer via a trust with her AIDS foundation, reports the Daily Mail. 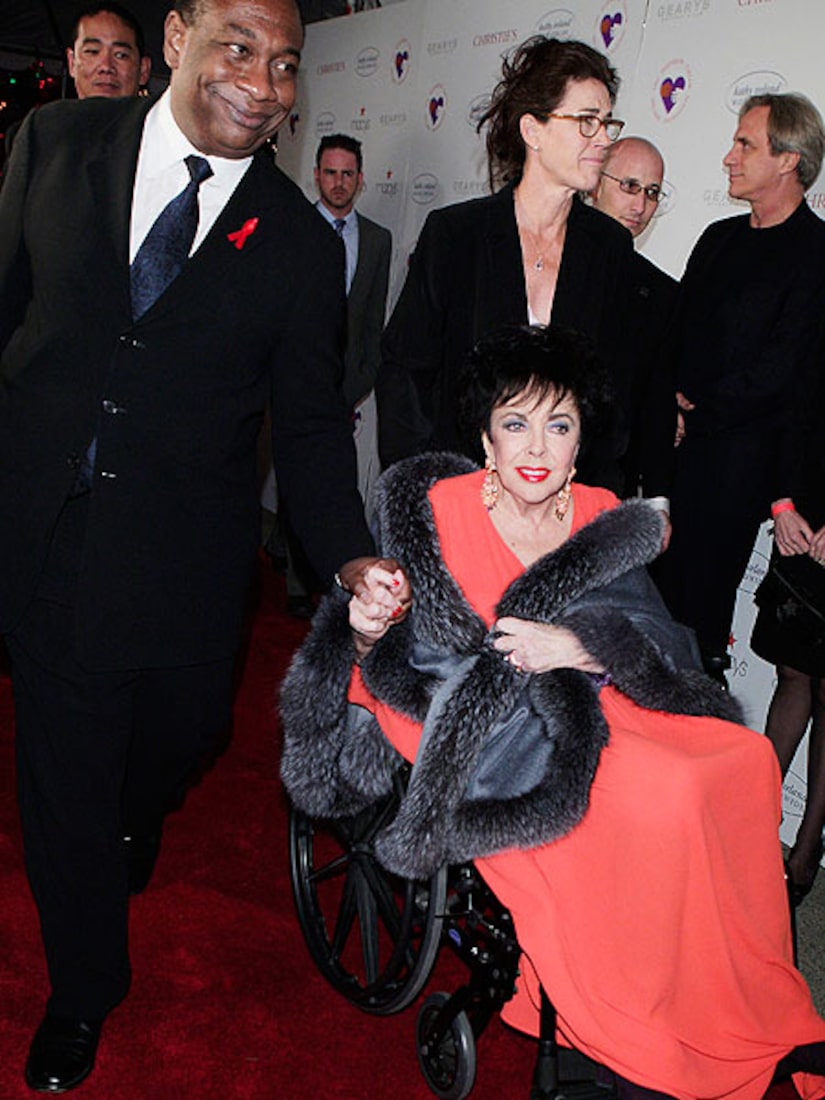 Winters, who owns a talent agency, met Taylor in the late '90s via her AIDS charitable work, and they developed a devoted friendship. She took several vacations at his home in Hawaii -- where just a few years ago she went on a shark-watching dive.

Taylor is Fashionably Late to her Own Funeral

Jason "urged her to dye her hair black again" and helped bring social activities back into her life, according to the Mail. He stood by her during and after her divorce from her last husband, Larry Fortensky.

Although the tabloids believed Taylor and Winters to be madly in love, it was not true, says the Mail, since "associates say Winters is gay." It seems that Dame Elizabeth truly treasured Jason's friendship.

The Mail also reports that Taylor's children were "at odds" over the estate. The actress' four children, Michael and Christopher Wilding, Liza Todd and Maria Burton believe they will receive their mother's fortune when the will is read, possibly next week.