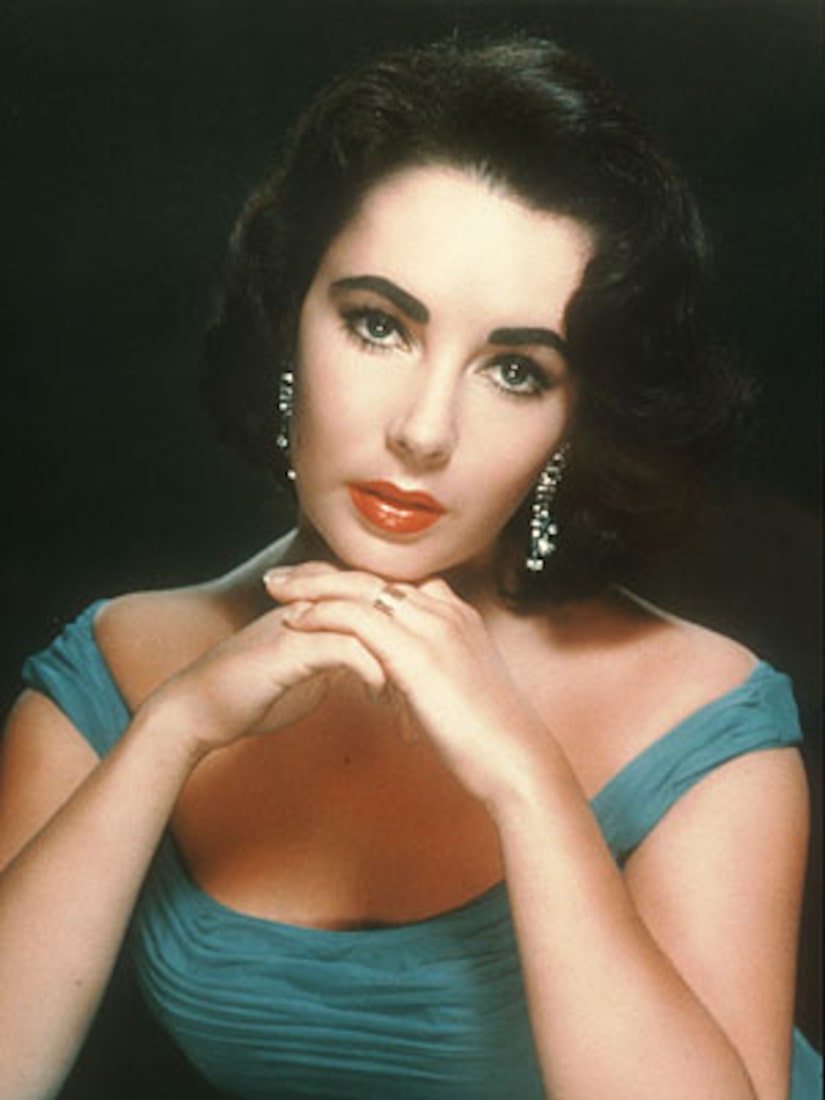 Film legend Elizabeth Taylor, one of the greatest beauties to ever grace the big screen, and one of the most benevolent, died of congestive heart failure in Los Angeles Wednesday. She turned 79 on Feb. 27th while in the hospital.

Her son, Michael Wilding, released this statement: "My Mother was an extraordinary woman who lived life to the fullest, with great passion, humor, and love. Though her loss is devastating to those of us who held her so close and so dear, we will always be inspired by her enduring contribution to our world. Her remarkable body of work in film, her ongoing success as a businesswoman, and her brave and relentless advocacy in the fight against HIV/AIDS, all make us all incredibly proud of what she accomplished. We know, quite simply, that the world is a better place for Mom having lived in it. Her legacy will never fade, her spirit will always be with us, and her love will live forever in our hearts."

Fellow activist Elton John issued this statement: "We have just lost a Hollywood giant; more importantly, we have lost an incredible human being."

Taylor had been admitted to Cedars-Sinai in early February for treatment. The celebrated star was hospitalized innumerable times during her nearly 70 years in the public eye; she broke her back five times, had both hips replaced, survived a benign brain tumor operation and skin cancer, and had twice survived life-threatening bouts with pneumonia.

Born in London, the violet-eyed beauty moved to Los Angeles when she was a young girl and quickly became a child star at MGM. Her big break came in 1944 when she played the young equestrienne in "National Velvet" at the age of 12, opposite another child star, Mickey Rooney. After that, Taylor was one of MGM's hottest commodities and starred in a string of hit films, including "Life with Father," "Little Women" and "Father of the Bride" with Spencer Tracy.

In the 1950s, Taylor enjoyed great success starring in such films as "A Place in the Sun" with her good friend Montgomery Clift, and in "Giant" opposite Rock Hudson and James Dean. Her first Best Actress Oscar nomination came in 1957 for her role in "Raintree Country." Elizabeth was then nominated in succession for "Cat on a Hot Tin Roof," as a troubled young girl in "Suddenly, Last Summer," and finally won for her turn as a call girl in "BUtterfield 8" in 1960 opposite Laurence Harvey -- following her near death of pneumonia (and a tracheotomy).

The superstar was also well-known for her prolific love life. Taylor married eight times, most notably to actor Richard Burton, whom she married and divorced twice. The two met and fell in love while filming the expensive 1963 epic flop "Cleopatra," and went on to star together in 11 films, including their searing portrayal of a troubled married couple in "Who's Afraid of Virginia Woolf?" in 1966. Taylor's performance earned her a second Best Actress Oscar. The couple became an international tabloid sensation.

Her husbands included hotel heir Nicky Hilton, actor Michael Wilding, producer Michael Todd (who died in a plane crash almost exactly 53 years ago, March 22, 1958). She took up with friend Eddie Fisher, who at the time was married to Debbie Reynolds, creating yet another tabloid scandal for the star (Fisher died last year at 82). Then came her two marriages to Richard Burton, during which he bought her two famous diamonds, the 33-carat Krupp Diamond, and the 69-carat Taylor-Burton Diamond. Toward the end of Burton's life, they appeared together on stage in a 1983 production of Noel Coward's "Private Lives." Burton died of a cerebral hemorrhage in 1984 at age 58.

She later married Senator John Warner and became a Washington D.C. sensation as much for her marriage as for her weight gain, making her the topic of comics and tabloids. Her last husband, Larry Fortensky, was a construction worker she met in rehab at Betty Ford Center. They married in a lavish ceremony at her friend Michael Jackson's Neverland ranch. Warner, 84, and Fortensky, 59, are her only surviving exes. Taylor attended Jackson's private funeral in September 2009 and talked of being buried near him.

In her later career, Taylor appeared in several TV series and TV movies, including a stint on the soap opera "General Hospital" in the early '80s. Her last film role was the 1994 live-action adaptation of "The Flintstones." In a 1992 episode of "The Simpsons," Taylor provided the voice of Maggie, who uttered the word "Daddy." In 1999, she was dubbed Dame Elizabeth Taylor by Queen Elizabeth II, in recognition of her charitable and artistic work. Taylor was an early champion in the fight against AIDS after her good friend Rock Hudson died of the disease in 1985. She was honored with the Academy's Jean Herscholt Humanitarian Award in 1992 for her charitable work. She raised over $250 million for AIDS research.

Taylor's numerous perfume lines earn an estimated $12 million a year. She also launched a successful jewelry line. Her fortune in properties, art, jewels and holdings could be as high as $1 billion. Recently, an Andy Warhol portrait of her, owned by actor Hugh Grant, sold for $23 million.

Although she retired from acting in 2003, Taylor still made appearances at charity events, especially those connected with her AIDS foundation, amfAR.

Taylor is survived by four children; her two sons, Michael Wilding and Christopher Wilding, daughters Liza Todd and Maria Burton, nine grandchildren, four great-grandchildren, and her longtime companion, Jason Winters. Funeral arrangements are pending. Her family has asked that donations be made to the Elizabeth Taylor AIDS Foundation.