"Extra" is republishing one of Elizabeth Taylor's final interviews from February 9, 2011.

The March issue of "Harper's Bazaar" photographed reality star Kim Kardashian paying homage to Cleopatra. Kardashian revealed Elizabeth Taylor was one of her favorite Hollywood icons, and Kim had the opportunity to interview the actress, who starred in 1963's "Cleopatra."

Shortly after the interview, in her last tweet, Taylor wrote, "My interview in Bazaar with Kim Kardashian came out!!!"

"I'm Cleopatra with a K! LOL" Kim announced on Twitter this morning.

The reality TV queen is channeling screen queen Elizabeth Taylor in a series of gorgeous Cleopatra-inspired photographs in the March issue of "Harper's Bazaar." 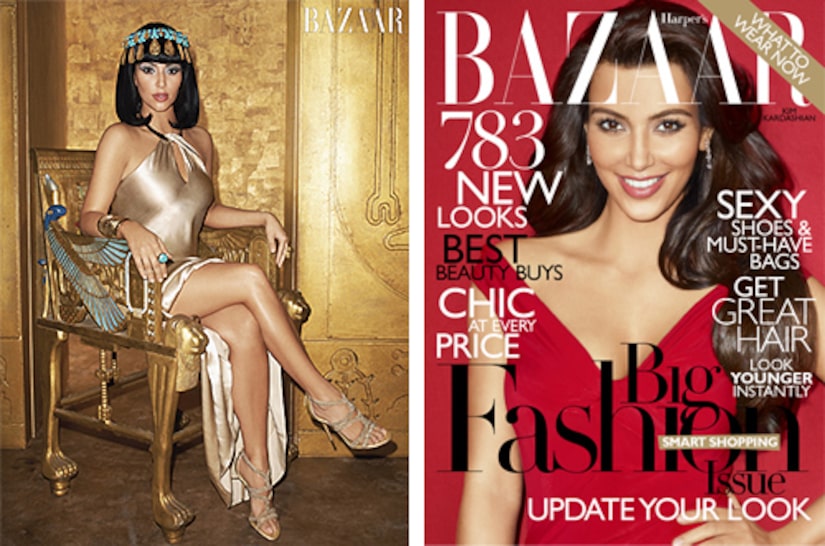 Kim also interviews the screen legend, who played the role of Cleopatra in the 1963 epic film, for the article -- asking personal questions about her style, husbands, children, and what brings her happiness.

"Elizabeth Taylor is one of my all-time favorite Hollywood style icons. She epitomizes Hollywood glamour and beauty and to have the opportunity to interview her for this article was such an honor!" Kim says on her blog. Taylor will be 79 on February 27.

Taylor's advice to Kardashian, "Follow your passion, follow your heart, and the things you need will come." 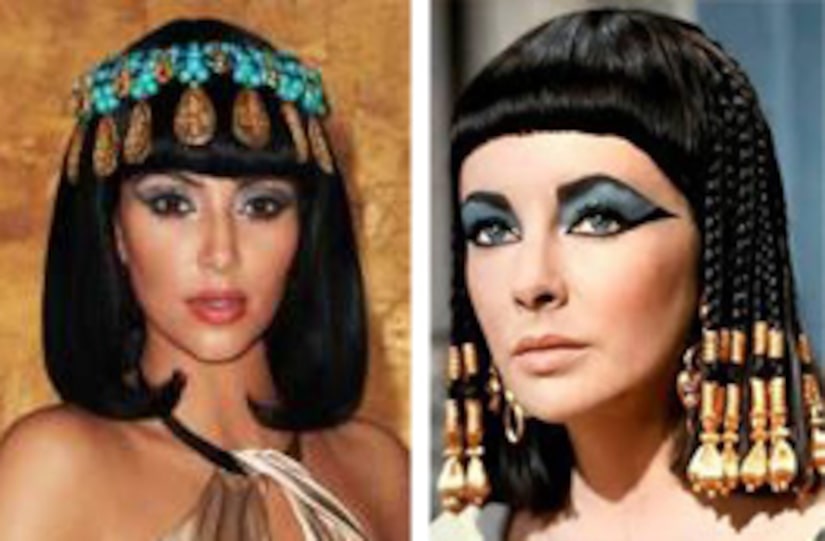 Kim says the pix are from "one of my favorite shoots I've ever done," shot by the talented photographer, Terry Richardson.

The March issue of "Harper's Bazaar" is on newsstands February 22.

Check out more photos and a behind-the-scenes video from Kim's "Harper's Bazaar" shoot.