Reality TV star Kendra Wilkinson plans on showing off her toned body when she competes on "Dancing with the Stars."

"If I'm going to go skimpy, I'm going skimpiest," Wilkinson admitted to "Extra's" Terri Seymour, adding that her husband Hank Baskett doesn't mind. "He's like, 'If you're going to do this, go all in, and don't be shy about anything.'"

Kendra explained about a photo that surfaced last week of her wearing a cast on her leg. "That's the thing, it's not a cast. It' s kind of like my way of feeling secure. You know, I just feel a little bit wobbly now, it's just my way of kind of just tightening that area."

Although during recent rehearsal with her partner, Louis Van Amstel, did talk about another injury to her toe. "I wasn't wearing my closed-toe ballroom shoes. I was wearing the cha-cha shoes, and I jammed my freakin' toe in his foot. It hurt really bad."

And if you tell Kendra she is one of the frontrunners to win the competition, she gets nervous. "I don't like that. It's too much pressure. I mean, besides booty shaking I have zero dance experience."

Van Amstel added, "She's really fast but we have a little issue, Miss Control Freak. She wants to control everything, asks too many questions, so yes I got my work cut out for me."

Check out photos of the Season 12 cast! 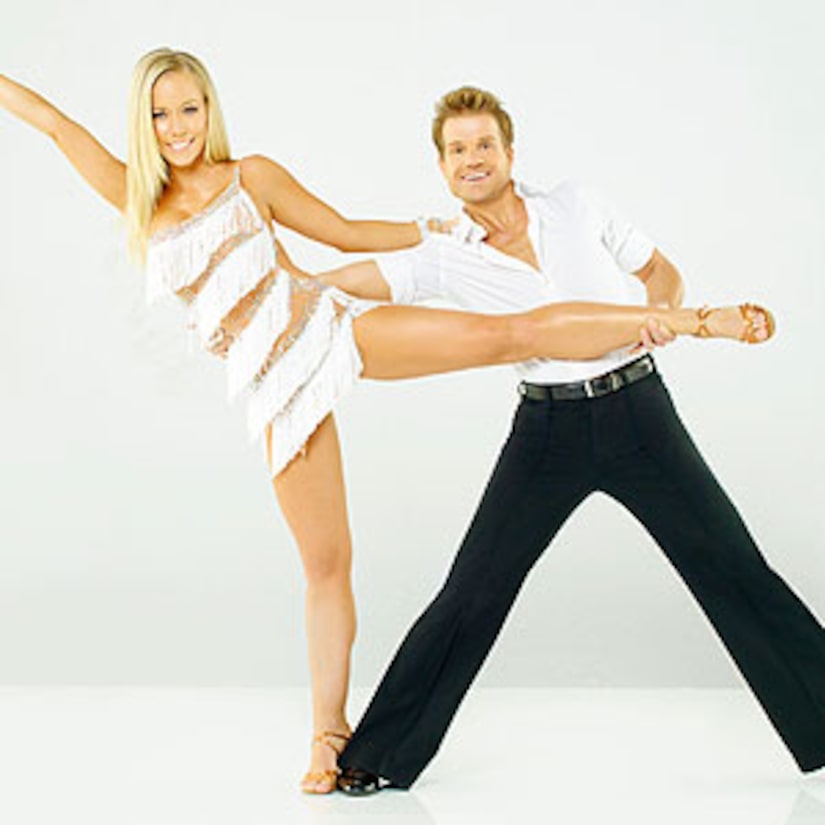 "Dancing with the Stars" kicks off next Monday, March 21, on ABC.