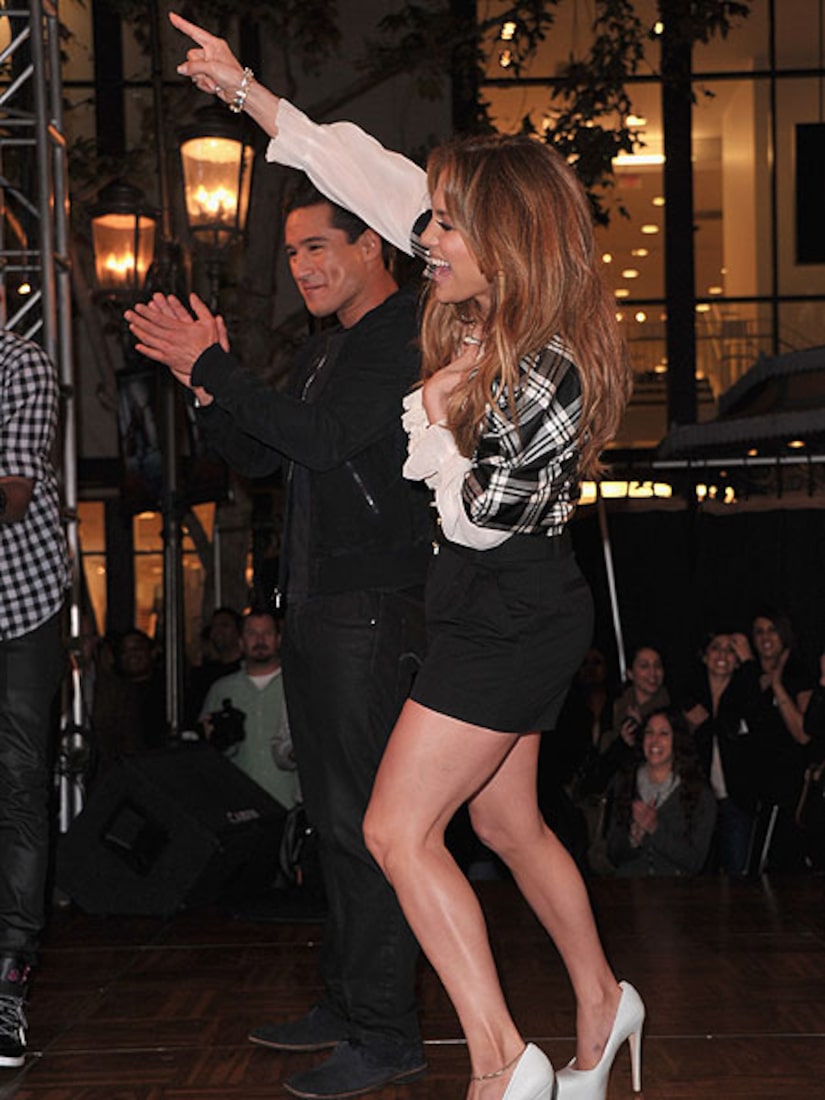 J.Lo also dished about her new album, "Love?" and said, "I'm a dancer first and foremost at the core, and in my heart I just want something that makes me want to dance." Lopez also explained the meaning behind the question mark in the album's title. "It's the most important thing in anybody's life... every person in the world needs love, the more you learn about it, seems the more questions you have about it."

Unbeknownst to the singer was the giant "Extra" surprise about to unfold! Hundreds of dancers and fans gathered "On the Floor" to pay homage to a routine featured in the new music video!

After Mario gave the cue and the crowd began the dance in unison, Jennifer shrieked, "No! Oh my God! That's so crazy!"

When it was over, the singer beamed, "I've got goose pimples all over my body! I love you guys, that was so awesome!"

Jennifer Lopez's new album "Love?" drops April 10 and "On the Floor" is available on iTunes now.