"Twilight" cast members on location in the Vancouver area, including Taylor Lautner and Kristen Stewart, were evacuated Friday, according to People. 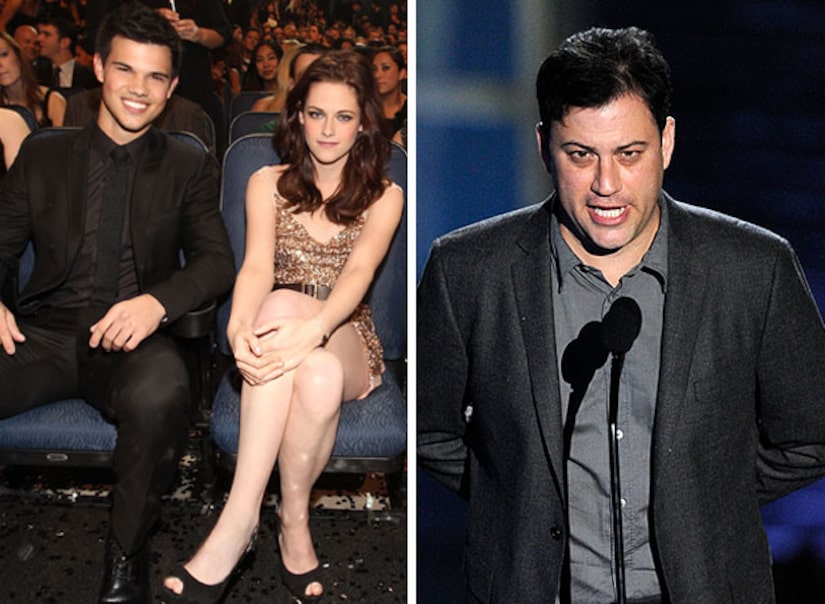 Production for the film "Breaking Dawn" was taking place in a town called Tofino, which sits on a long stretch of coastline on the west side of the island, about 5,000 miles from Japan.

The actors are not believed to be in any danger, but have moved out of the area due to North American West Coast tsunami advisories.

Talk show host Jimmy Kimmel also fled a small island in French Polynesia and tweeted, "We are evacuating the island. Dogspeed." When asked how scared he was on a scale of one to ten, Kimmel replied, "A solid seven. On an island, with no high ground."

The relentless tsunami waves smashed into the 1,300-mile stretch of the eastern coast of Japan Friday, killing hundreds of people as it swept up cars, boats and homes. Friday's disaster marked the worst earthquake in Japan's history since the 7.2 Great Hanshin quake of 1995.