After going to the gym in West Hollywood Wednesday, Miley Cyrus became angry when a photographer got too close to her in a parking garage. Cyrus lunged and tried to grab the video camera from his hand, but was unsuccessful. 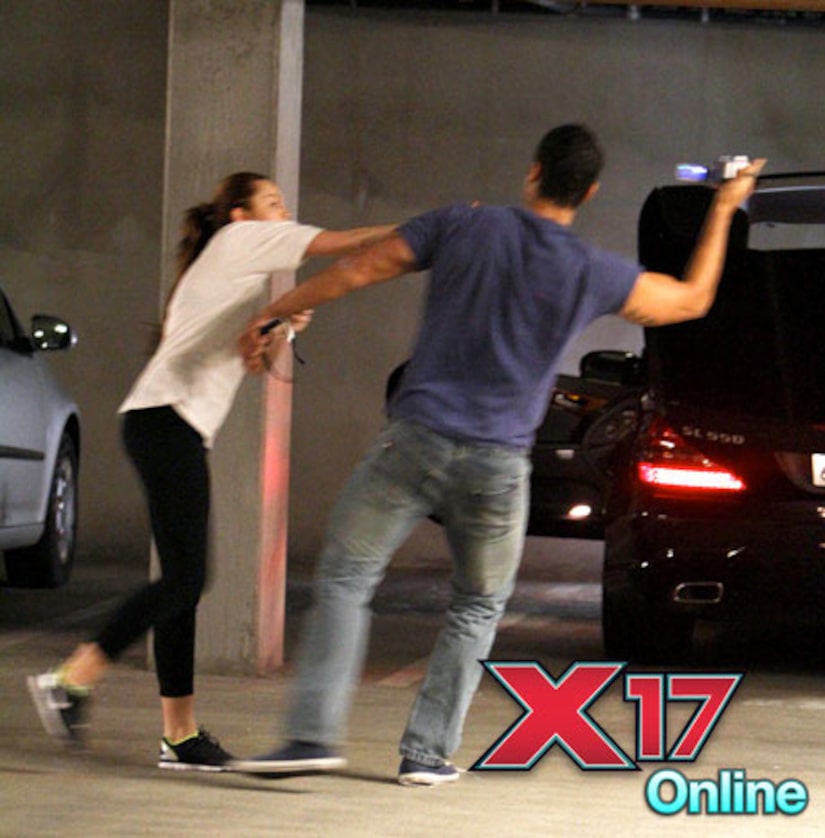 This is Miley's second incidence with the paparazzi -- the first episode occurred Tuesday when she yelled at a photog after he bumped her mother in front of a restaurant on Melrose. The 18-year-old shouted, "You just rammed my mom with your camera! Don't you ever do that again!"

Check out the photos, courtesy of X17Online.com.