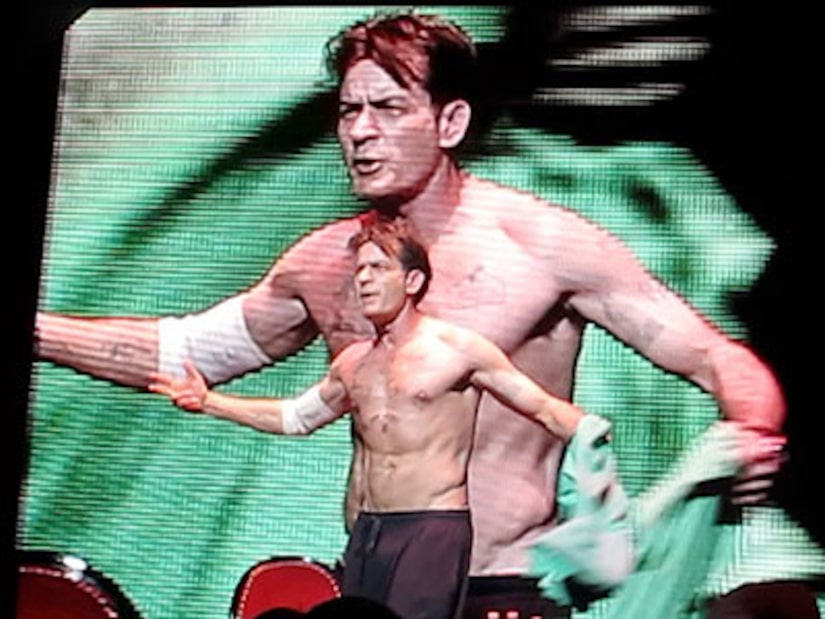 After being booed off the stage in Detroit, Charlie Sheen switched up the show format, which apparently helped make him more successful in Chicago. He began the show with a Q&A, made references to his former bosses at CBS, and concluded the night by reading a letter from a fan. Sheen was given a standing ovation, according to tweets posted by audience members, including Roe Conn, who co-hosts the radio program, "Roe Conn Show." Full story at Hollywood Reporter.

Here are some more Sheen updates:

Charlie gets booed in Detroit! -- ExtraTV.com

T-minus 24 hours to the opening night of "Violent Torpedo of Truth" at the landmark Fox Theatre in Detroit. Sheen confirmed that Snoop Dogg will join him on stage... does this mean Sheen will rap? He told "Mojo in the Morning" radio show, "Depends on what mood I'm in."

Charlie is collaborating with rapper Snoop Dogg and Rob Patterson to create a song for his upcoming tour, confirms Billboard. A photo of the trio working together at a recording studio was posted by the winning actor on Twitter. Sheen wrote: "Warlock meets his makers - music makers that is @SnoopDogg @robpatterson666 get ready to rock the Sheenius within!"

Sheen's one-man show will kick-off this Saturday in Detroit.

Charlie Sheen joined in the fun during premiere week of "Drew Carey's Improv-a-Ganza," a new and original primetime daily strip series that premieres Monday, April 11 at 8:00 PM ET/PT on GSN. Sheen will appear in the episode airing Tuesday, April 12.

Is Charlie having a tough time selling tickets from his "Violent Torpedo of Truth" tour? Hollywood News

Sheen tweets a photo of his "nerve center."