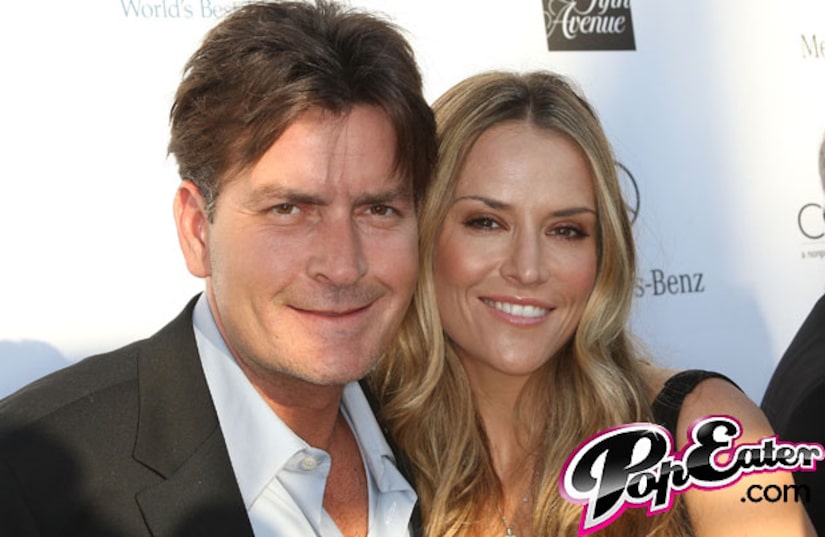 Sheen tells TMZ he would like to remedy the situation on their own, but given the temporary restraining order against him, it looks as though they will battle it out in court.

Brooke filed the order, claiming Sheen allegedly told her, "I will cut your head off, put it in a box and send it to your mom." Mueller also claims Charlie was violent on Feb. 23 when he threw a phone in his house before grabbing a penknife and threatening to stab her in the eye.

Further reinforcing the reasoning behind the order, Brooke claimed Sheen recently sent her a nasty anti-Semitic text about his manager, Mark Burg. "I must execute mark b like the stooped jew pig that he is."

In his defense, Charlie told TMZ, "I busted Brooke a year ago sending text messages from my phone to family members to cause discord." Mark Burg also sticks by his side declaring, "I've known him for 13 years. I don't believe he actually sent that text."

Sheen claims his ex is using drugs again, and Brooke's lawyer confirmed she has entered a "day treatment" for issues with substance abuse.

Charlie's camp plans to be in court tomorrow in hopes of vacating the temporary restraining order.