On Tuesday night, Charlie Sheen's twin sons, Max and Bob, were removed from his Sherman Oaks home by the Sheriff's Department. The boys were returned to their mother, Brooke Mueller, who filed court documents earlier in the day, alleging Sheen took Bob and Max from her home without her permission on Feb. 26 and had held them from her since that date. 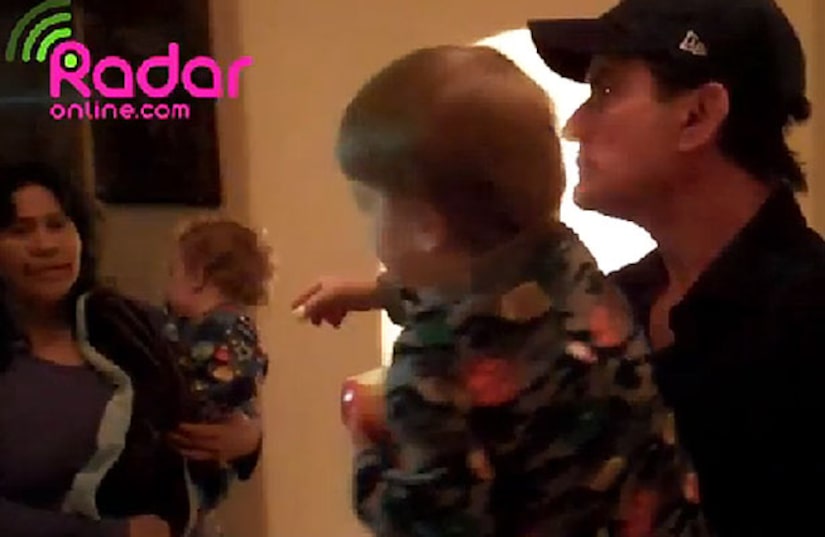 Judge Hank M. Goldberg took away Sheen's custody and issued a restraining order, which prevents the actor from being within 100 yards of Brooke and their children.

According to RadarOnline, Charlie remained calm during the ordeal with the authorities and told the twins, "Don't say goodbye, just see you later. I love you little man, I will see you very soon."