Reality TV star Kim Kardashian talked with "Extra's" Terri Seymour at the launch of her new fragrance "Kim Kardashian" at Macy's in Glendale, Calif. -- just another venture that has earned her family empire $65 million last year. 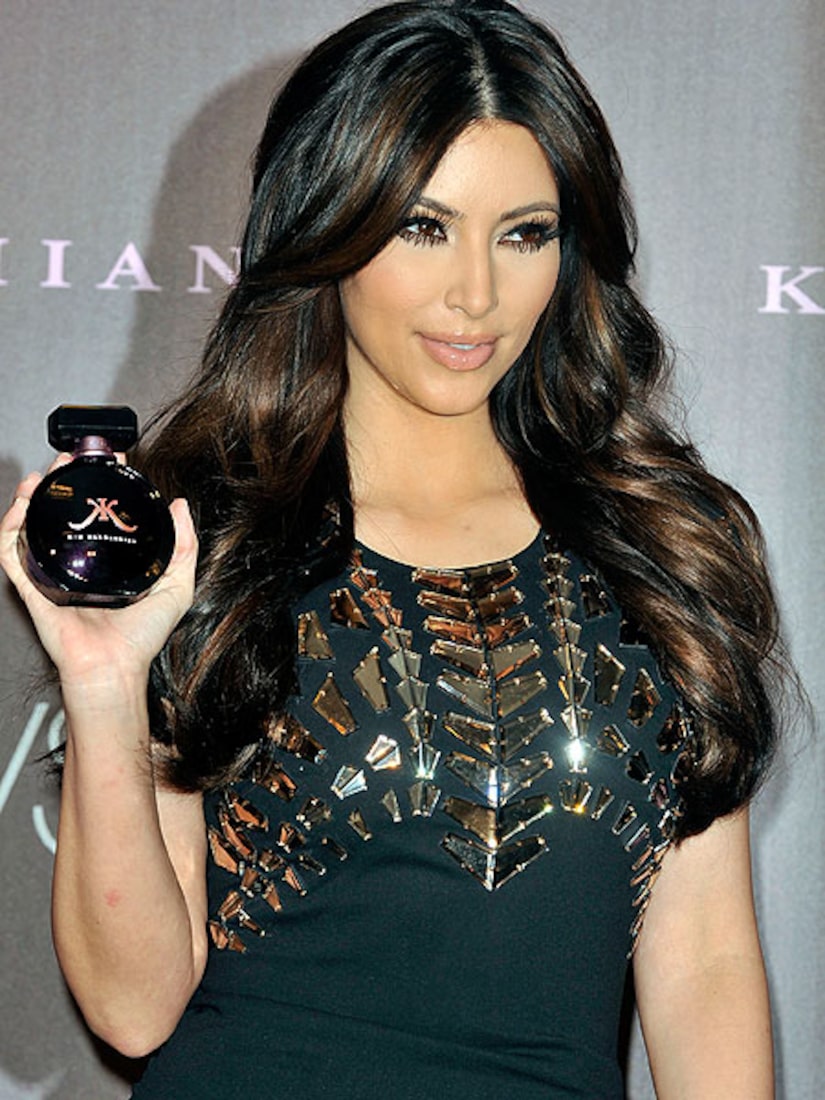 When Seymour asked Kim about the recent Hollywood Reporter article detailing her family's success, she replied, "I saw that! They did an amazing job. It's a pretty exciting thing just to see that our hard work pays off!"

The topic turned to Kardashian's personal life, including how happy she is with her new boyfriend, NBA player Kris Humphries. "I think I haven't found one thing wrong with him, let's just put it like that," Kim laughed. As for any babies in the future, she said, "Not anytime soon, but I never know what the future holds."

Now that Kim K has conquered the fashion, fragrance and jewelry world, is there anything left? "People think, like, 'Oh what else can you do?' Well, there's a lot more," assured Kim.

For now, you can catch Kardashian's scent by picking it up at Macy's.