Actor Charlie Sheen has been spotted with a new mystery woman while shooting a scene in L.A., x17 Online.com reports. Take a look! 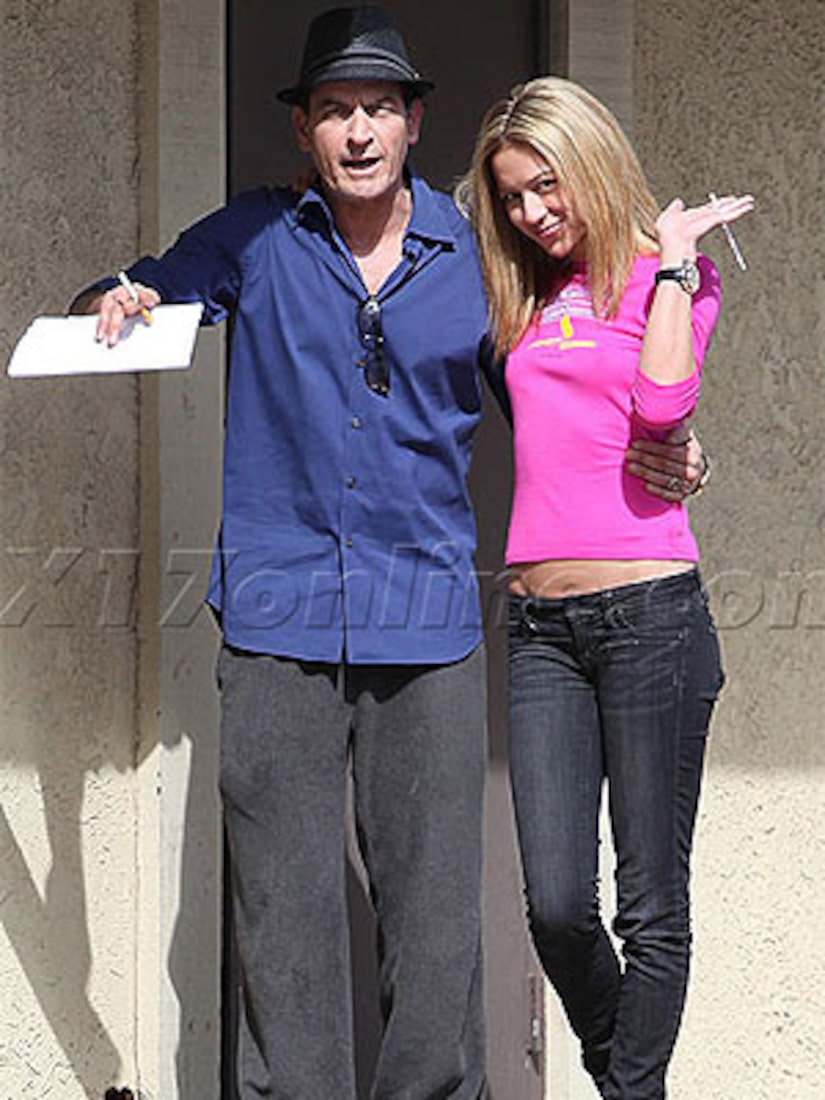 During a recent interview on The Dan Patrick Show, Sheen announced there was a new woman in his life, whom he declined to name, and that he was "100 percent" in love.

According to x17 Online.com, it wasn't clear if Sheen was filming a scene for "Two and a Half Men," but the actor is expected to soon be back in production.