Hollywood couple George Clooney and his girlfriend of two years, Elisabetta Canalis, say they have no plans to have children. "[Getting pregnant] has never been an objective for me," she told Italian Cosmopolitan magazine, adding, "My maternal desires are fully satisfied with my dogs." 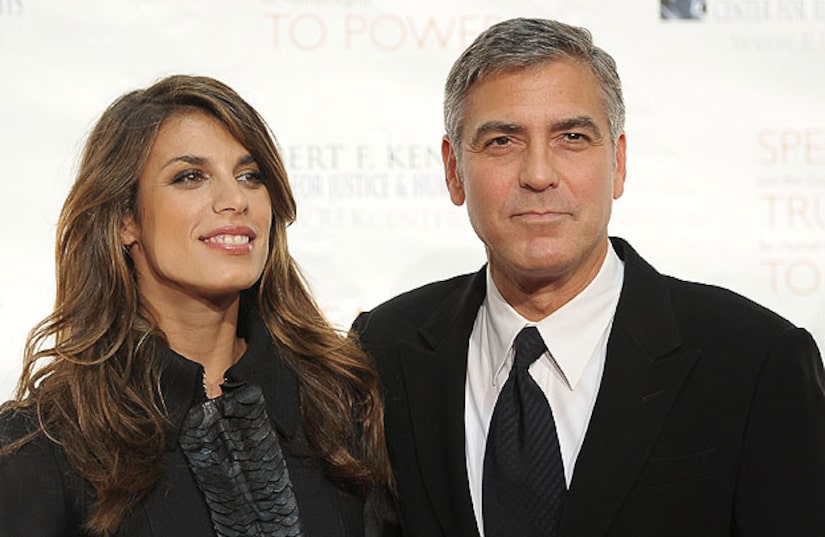 George, 49, has previously shared the same sentiment about fatherhood, and has also publicly stated he has no plans to remarry, reports People. The actor was married to actress Talia Balsam from 1989 to 1993.

Elisabetta, 32, tells People magazine that she takes pleasure in riding with Clooney on his motorcycle and is content with being his girlfriend. "I am happy to participate at events as the 'girlfriend of.'"

See Clooney's beautiful girlfriend take the stage at the Ariston Theatre in Sanremo, Italy, during the 61st Sanremo Music Festival.