The actress, 39, who opted for a double mastectomy after being diagnosed with breast cancer in 2008, is happy to move on from that ordeal following the birth of daughter Sadie Grace on Jan. 27. 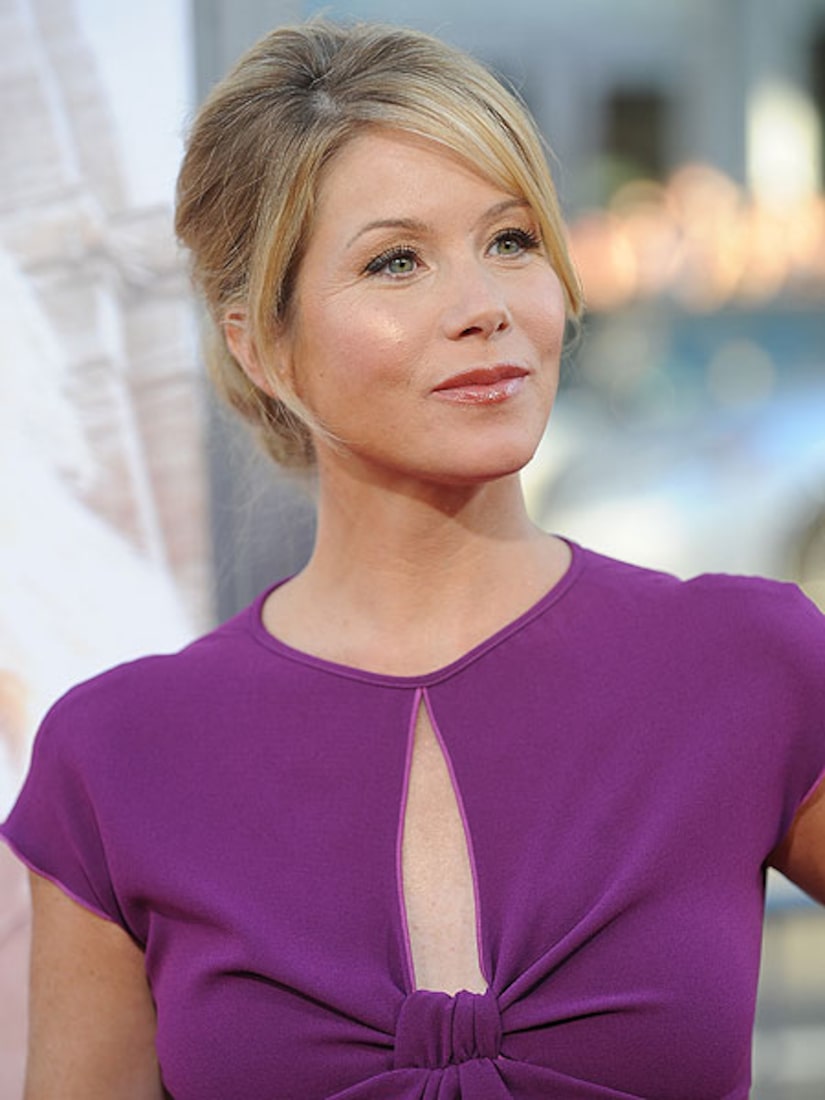 Applegate told People.com, "I've had to talk about that word [cancer] more than I've ever had to talk about a word in my life. After a while, you're like, 'There's got to be something else to me.' Sadie has healed me in so many ways, just made my life so much better. She's opened my whole soul."

"Extra's" Terri Seymour spoke with Applegate before daughter Sadie was born and asked her what she was most looking forward to. "Just having that baby in my arms," the actress replied. "I can't wait for just that, the cooing, the everything, the little hand, the little nose, all of that."

Christina is engaged to Sadie's father, Dutch musician Martyn LeNoble, 41, but the two are keeping the wedding plans under wraps.

Watch our interview with Applegate from the "Hall Pass" junket!