CBS reporter Serene Branson had a mini meltdown while giving a live Grammy Awards report, in which she began with what seemed like a small flub, then quickly began slurring and speaking undecipherable words. 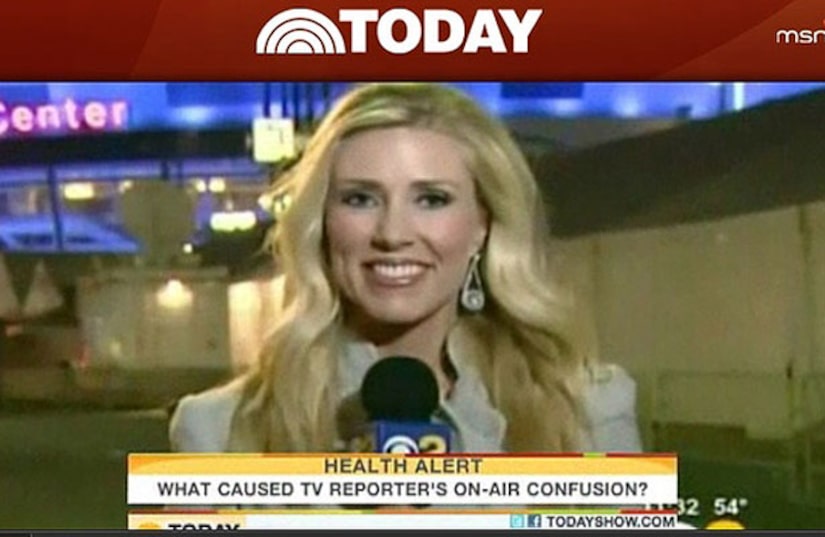 Reports say Branson was taken to the hospital after the episode to be checked for a possible stroke, but CBS released the following statement:

"Serene Branson was examined by paramedics on scene immediately after her broadcast. Her vital signs were normal. She was not hospitalized. As a precautionary measure, a colleague gave her a ride home and she says that she is feeling fine this morning."