"Extra's" Mario Lopez stopped by "Live with Regis and Kelly" to congratulate the daytime TV twosome on their 10-year anniversary. Kelly joked with her co-host, "I didn't realize you got me Mario Lopez for my anniversary present!" 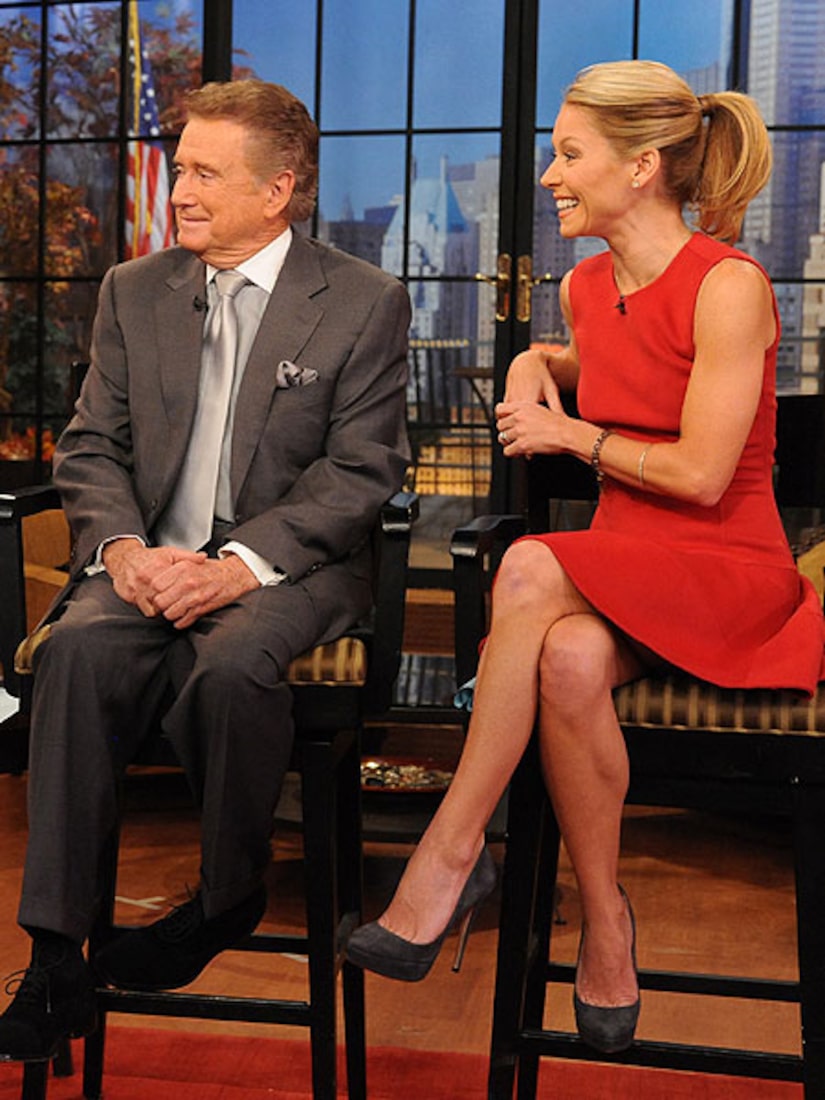 The producers of "Live" celebrated the decade with a surprise guest appearance by Donald Trump. Regis and Kelly told Mario they had no idea he was coming, with Ripa adding, "I don't even think Donald Trump actually knew. He still had his coat on and seemed a little dazed and confused."

As for Philbin's retirement from the show, he plans to stay until the all-important November sweeps. Until then, fans will play the waiting game to find out what lucky guy will replace the show's beloved host.