Is the former "Governator" returning to the world of the "Terminator"? Maybe! 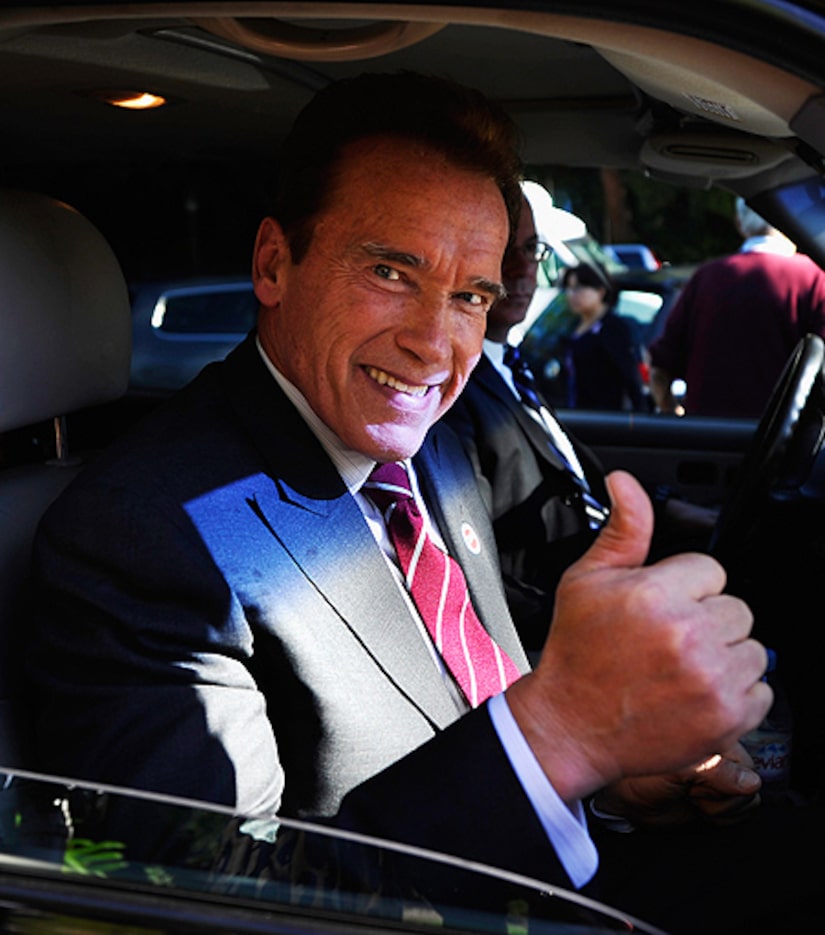 "Exciting news," Arnold said on Twitter. "My friends at CAA have been asking me for 7 years when they can take offers seriously. Gave them the green light today."

Arnold's first acting role was in the 1970 film "Hercules in New York," with his breakout role in 1982's "Conan the Barbarian." His three most memorable performances were as The Terminator in James Cameron's science fiction thriller films of the same name. Schwarzenegger left Hollywood in 2003 when he announced his candidacy for Governor of California.

Top 25 Manliest Movies of All Time

His film appearances while in office included a cameo in "The Rundown," "Around the World in 80 Days," "The Kid & I," and Sylvester Stallone's "The Expendables." He also voiced Baron von Steuben in an episode of "Liberty's Kids."

He famously said "I'll be back" in 1984's "Terminator," and it appears that Arnold is going to keep his word!