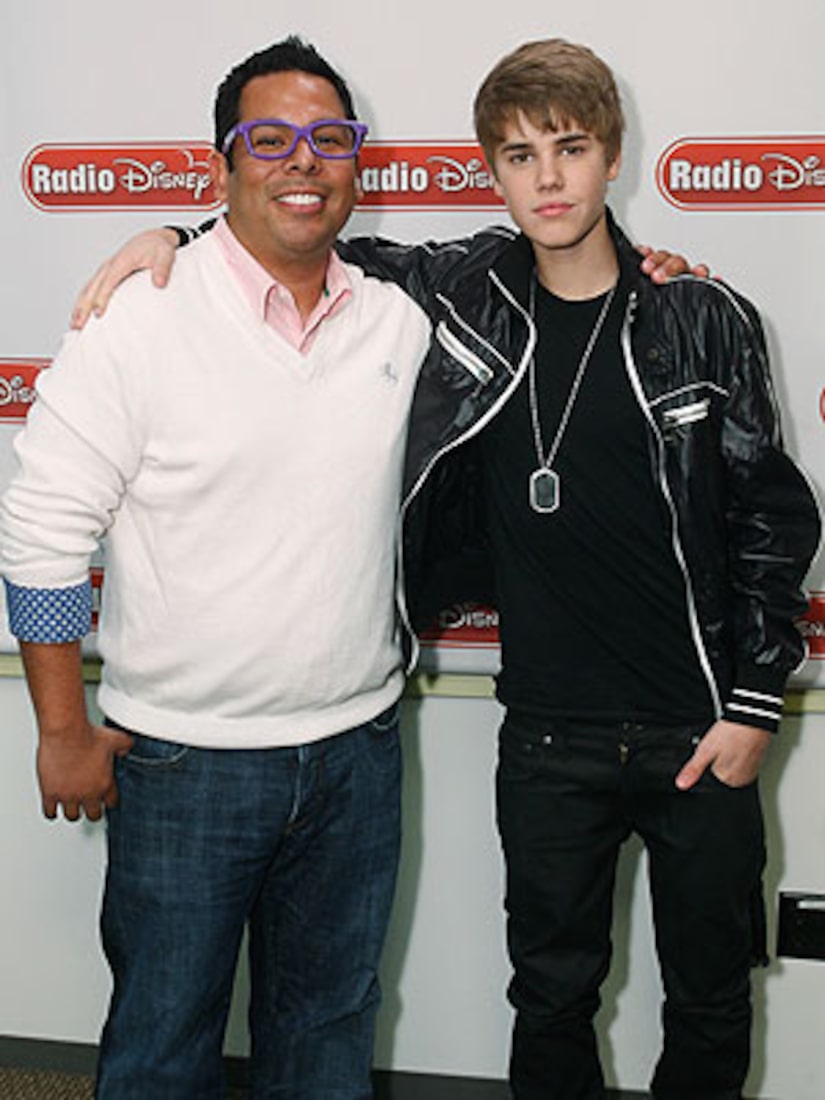 The Beebs told Ernie what he has planned for his mom on Valentine's Day, saying, "I think I'm going to get a huge basket and I'm to find a lot of cool stuff to put in it. She's always traveling and losing stuff, so I'm going to get stuff she's lost. I'll get her flowers, and take her to lunch."

In talking about one thing he wants to accomplish that he hasn't done before, Justin told Ernie D, "I want to go skydiving. It's just something I really want to do. I went bungee jumping and it was a lot of fun."

Justin added that the one thing that surprises him: his Grammy nominations. "It shocks me that I'm up for two Grammys. It's real exciting to just think that this is possible and to be able to put that on my shelf and look at that and be proud is really awesome."

In talking about the numerous rumors surrounding Justin, Ernie asked if there were one rumor that he would want to hear about himself, Justin said playfully, "That Beyonce kissed me." He added, "Don't be mad at me Jay-Z... please don't be mad."

The interview will air on Take Over with Ernie D Friday, February 11 at 3:00 PM PST.