Actress Taraji P. Henson is the latest celeb to strip down for PETA "I'd Rather Go Naked Than Wear Fur" campaign against animal cruelty. 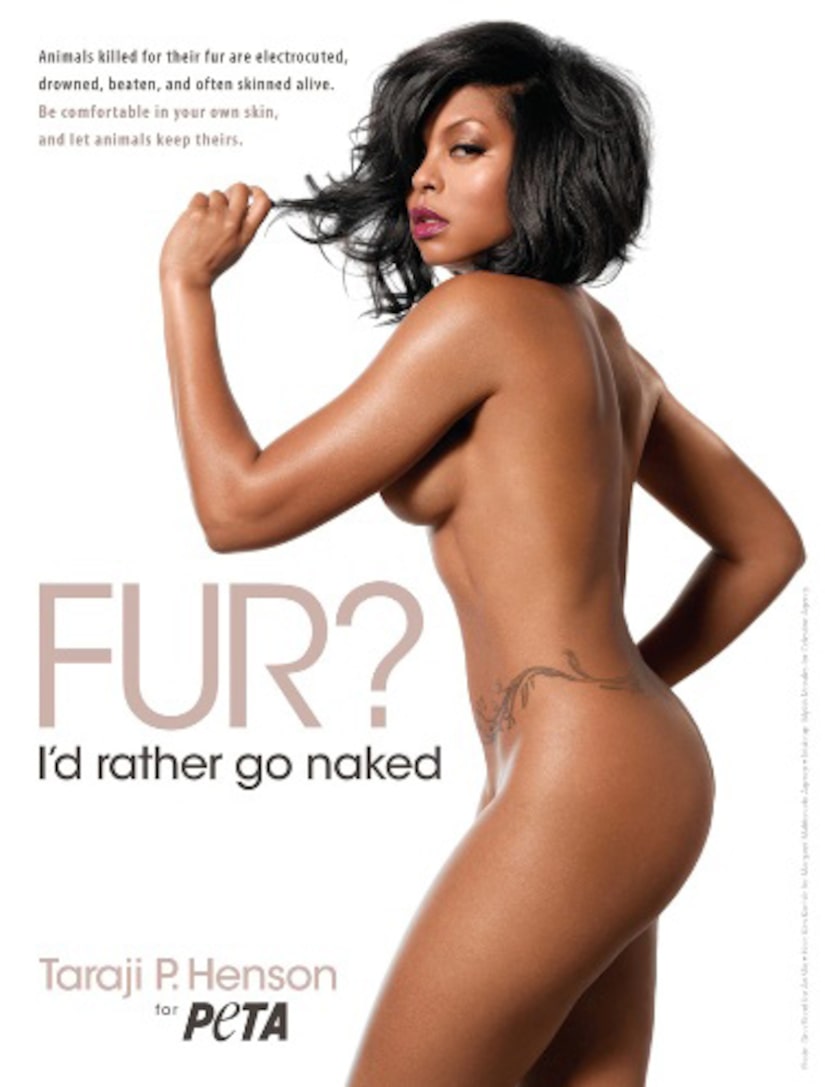 Henson says she used to wear fur until he saw the HBO documentary "I Am An Animal," which exposes the truth behind skinning animals for fashion.

Henson shared with PETA, "When I realized what went into -- we're not just even talking about a full-length fur coat, I'm talking about ... fur on your gloves or on your jacket -- what goes into making that little piece of fur ripped my heart out. And as humans, we have control. What if someone said, 'Black skin is the new fur'?"

"You don't have to kill an animal because you want to be hot and fly ... And I really stand by that."

Check out this behind-the-scenes video from Henson's naked photo shoot!

Other stars who have participated in PETAs ads include Charlize Theron, Eva Mendes, Karina Smirnoff and Alicia Silverstone.