The list of celebrities participating in this year's Super Bowl continues to grow! 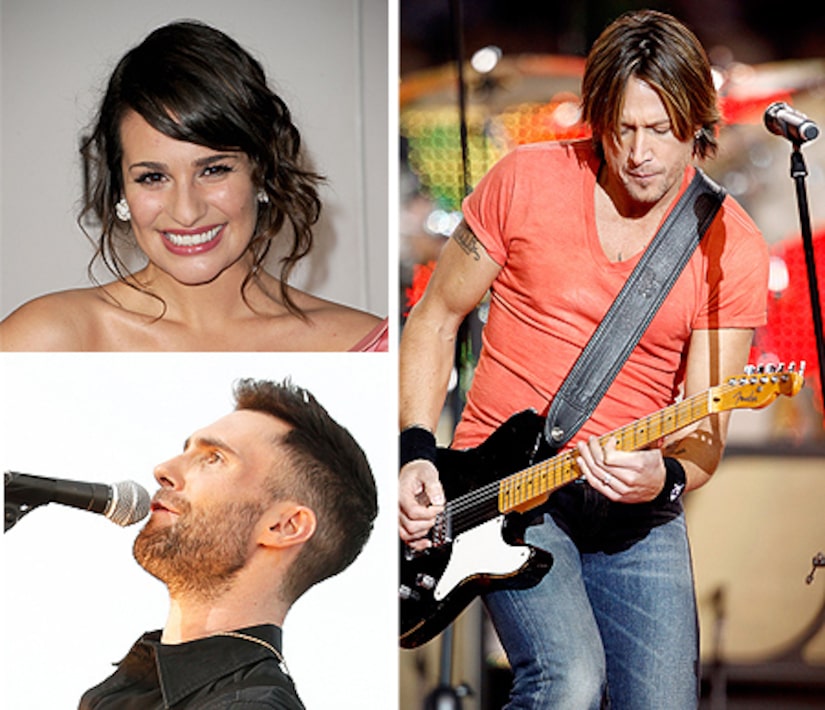 Lea Michele will sing America the Beautiful, Urban will croon one of his hits, and Maroon 5 is set to perform "Never Gonna Leave This Bed," the new single from their third studio album, "Hands All Over."