It's a tattooed match made in hog heaven. Motorcycle mogul Jesse James and tattoo artist Kat Von D have decided to tie the knot. 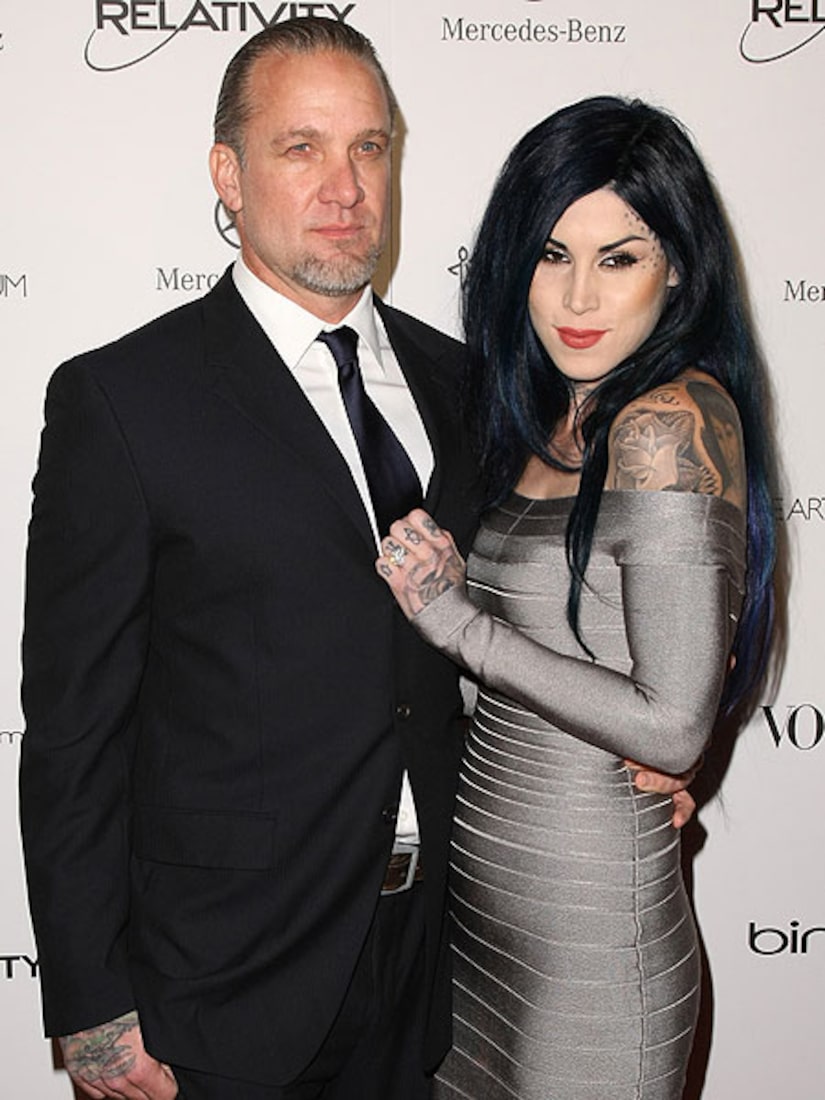 "You know sometimes the public and press gets (sic) it wrong. This is one of those times. 2010 was actually the best year of my life because I fell in love with my best friend. An amazing woman who stood behind me when the world turned their backs," James told People.com. "I have never met anyone so kind and loving and committed to making the world a better place every day. My love for her is beyond description. So honored that she said 'yes.' Growing old with her is going to be a f----n' blast!"

Right now, the two live in both L.A. and Austin, Texas. "Having two places we call home will be good for now," Kat explained. "In the end, home is where the heart is, and my heart's with him." Last November, Kat Von D's home in Los Angeles burned to the ground with her cat inside.

James, 41, split with Oscar winner Sandra Bullock last year amid rumors of his extramarital affairs, including one with Von D, 28. Bullock and James' divorce was finalized last June.