Regis, 79, made the announcement at the start of Tuesday morning's "Live with Regis and Kelly," which he has hosted since 1983, most recently sharing hosting duties with Kelly Ripa. Regis' other famous co-host, Kathie Lee Gifford, is now paired with Hoda Kotb on the "Today" show. 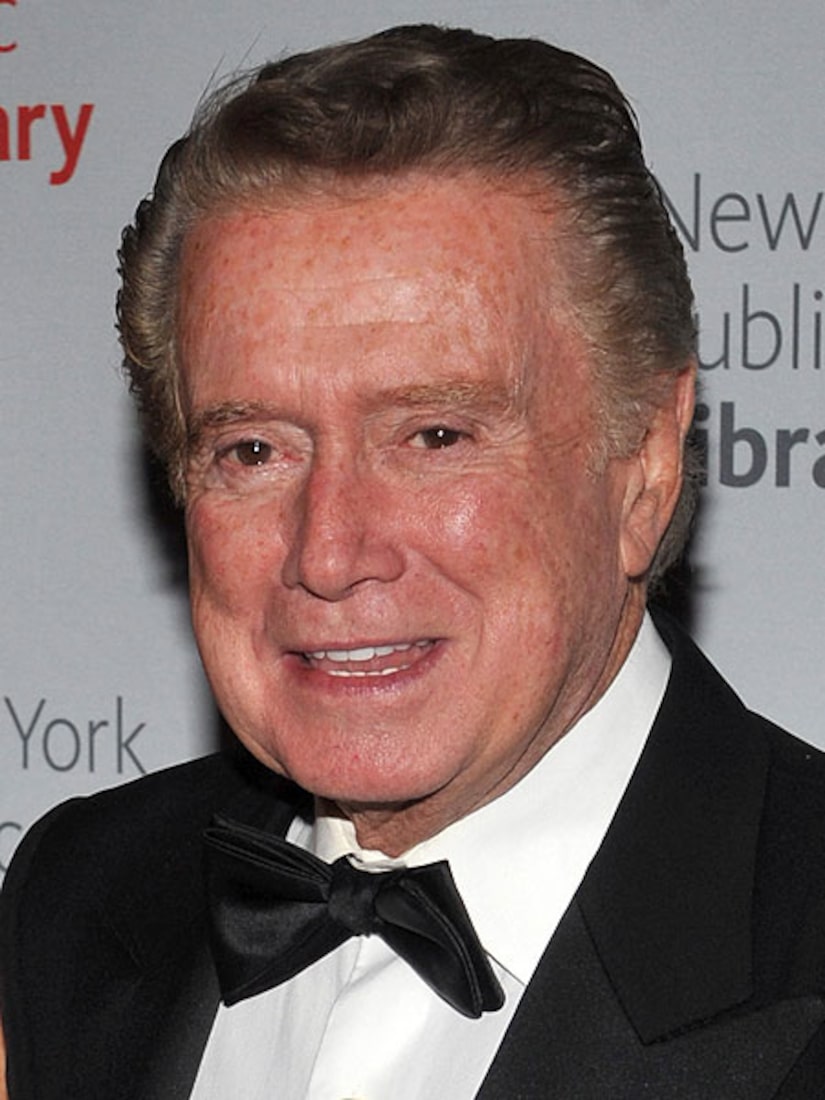 Philbin said he would be stepping down from the show around the end of the summer or the fall, but didn't specify a specific date.

"Extra" talked with Gifford, who was happy for her former co-host. "He's gonna turn 80 in August, and that's a great time for a brand new beginning. He'll still be the king.There's nobody like Reeg!"

Regis holds the Guinness World Record for the most time spent in front of TV cameras - over 16,000 hours. He began his TV career in 1964, hosting the Westinghouse Tonight Show.