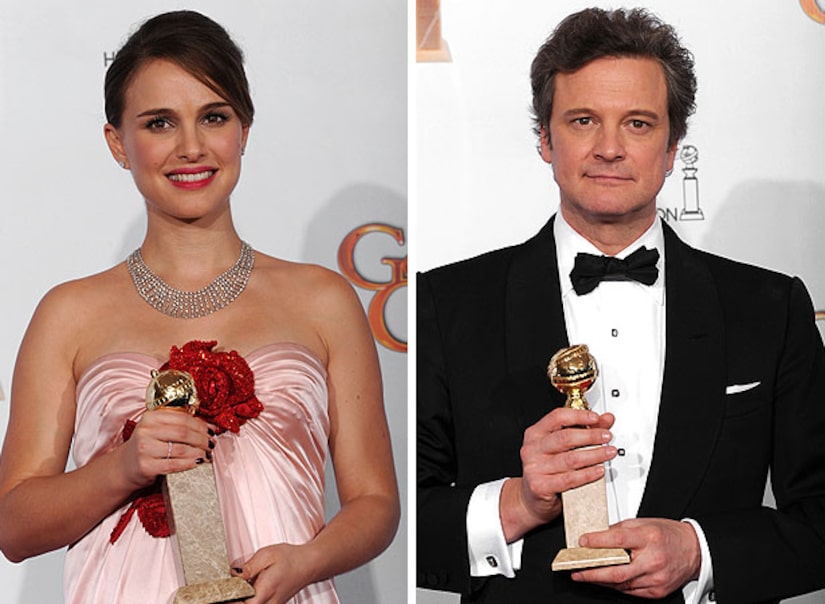 In the Best Comedy or Musical category, the Globes went to "The Kids Are All Right" and its star, Annette Bening, with "Barney's Version" star Paul Giamatti winning Best Actor. The Supporting Actor awards went to Christian Bale and Melissa Leo for "The Fighter."

Acerbic host Ricky Gervais opened the show with a monologue full of stinging zingers, taking aim at everyone from Charlie Sheen to Hugh Hefner to the women of "Sex and the City." He proceeded throughout the evening to jab other presenters like Robert Downey Jr., Sylvester Stallone and Bruce Willis ("Ashton Kutcher's dad!") Watch!