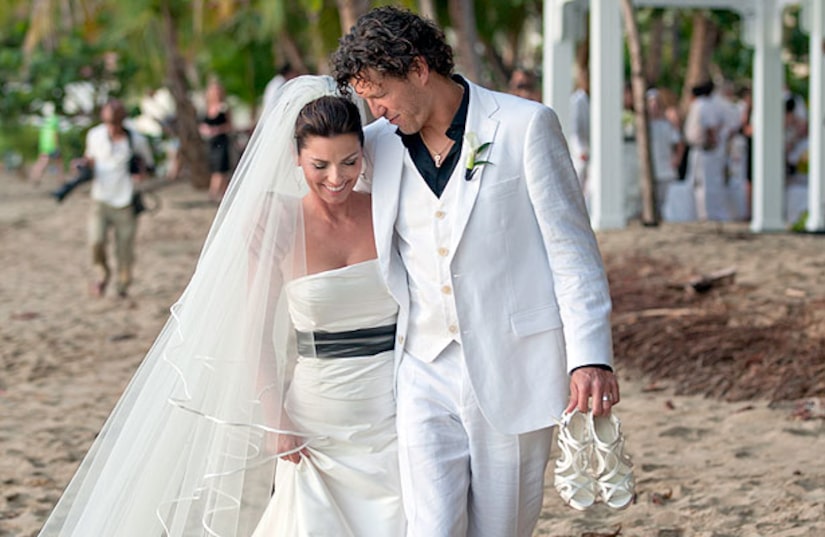 The bride bought her dress at a small boutique in Lausanne, Switzerland, which she paired with Lorraine Schwartz jewelry and Calvin Klein shoes. 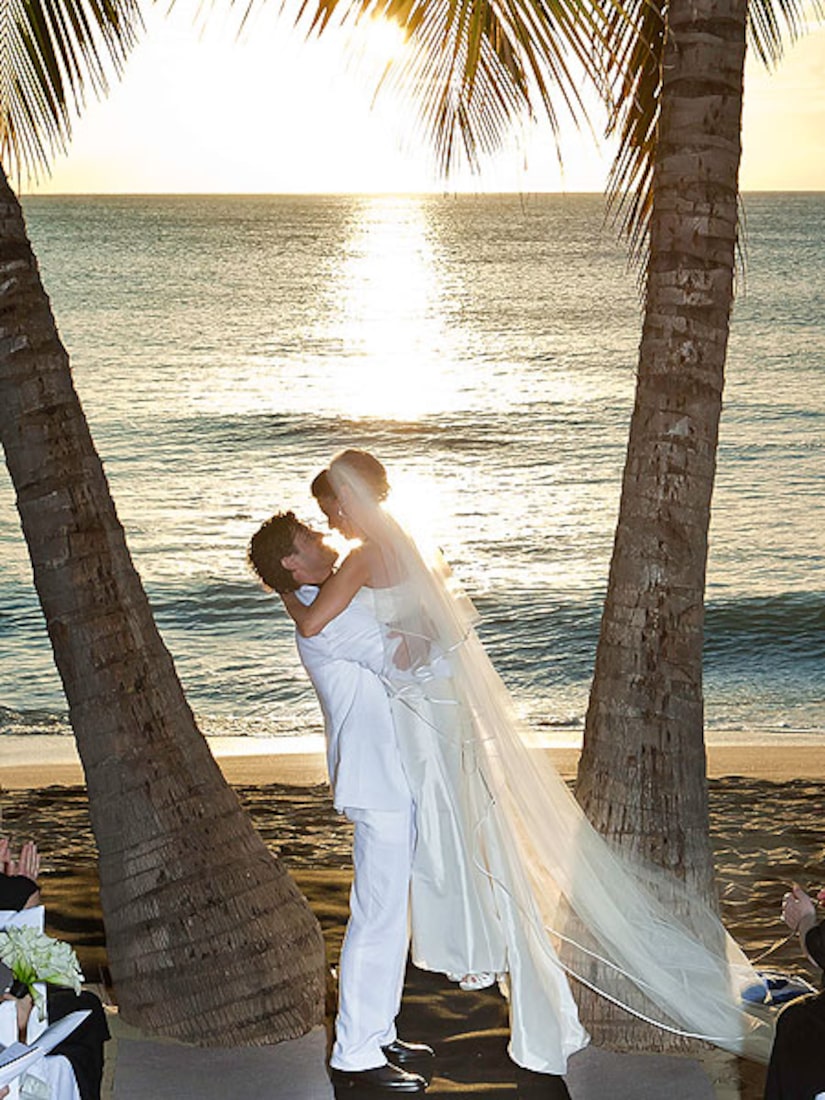 It's the second marriage for both. The couple became romantically involved in 2009 after Thiebaud's ex-wife, Marie-Anne, former BFF to Twain, and Shania's husband of 14 years, Robert "Mutt" Lange had an affair -- which ended both marriages.