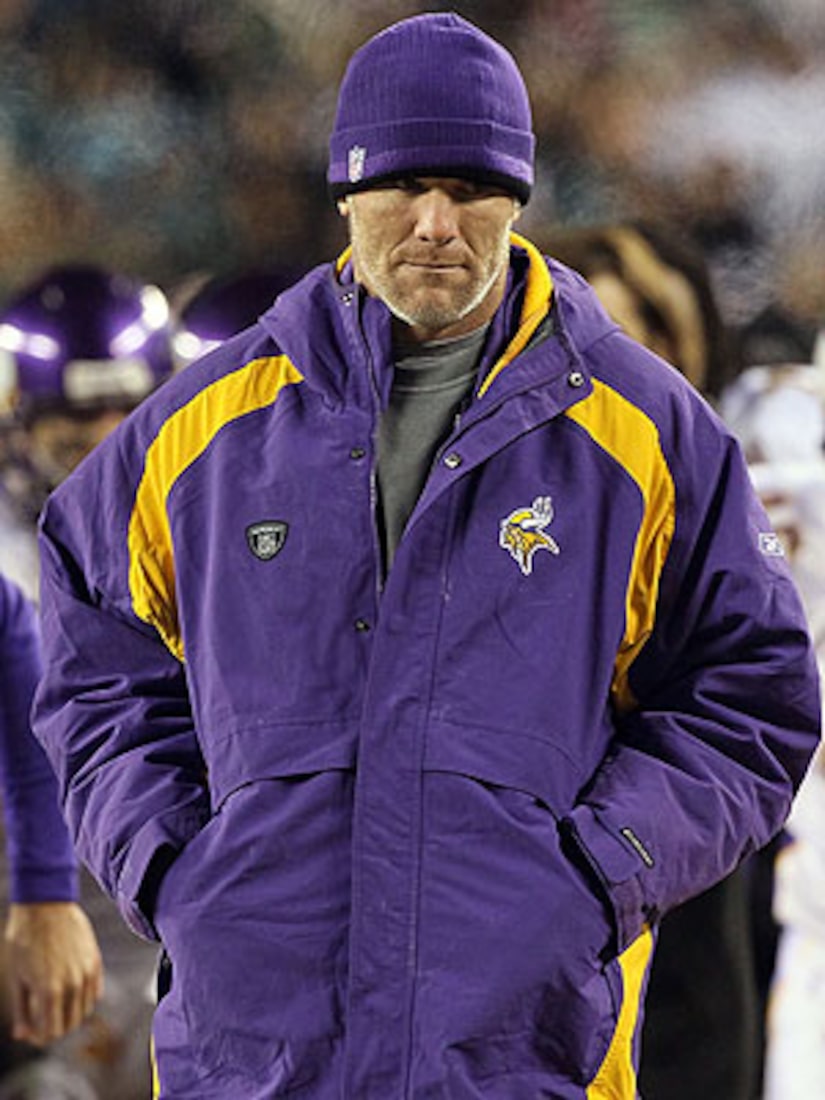 Minnesota Vikings quarterback Brett Favre was fined $50,000 by the NFL Wednesday for failing to cooperate with the league's investigation into graphic photos and sexually suggestive texts Favre allegedly sent to a woman while both were employed by the New York Jets in 2008.

The NFL, however, said it found no evidence that Favre's behavior toward sports announcer Jenn Sterger violated any official league rules and will not suspend the football player.

"On the basis of the evidence currently available to him, Commissioner Goodell could not conclude that Favre violated league policies relating to workplace conduct," the NFL's statement said. "The forensic analysis could not establish that Favre sent the objectionable photographs to Sterger. The review found no evidence to contradict the statements of both Favre and Sterger that they never met in person, nor was there anything to suggest that Sterger engaged in any inappropriate conduct."

The website Deadspin.com broke the story in October, publishing said photos and texts. They also claimed two other women who worked for the Jets were pursued by Favre.

The NFL has taken heat for dragging out the investigation until the end of the season, thus making a suspension moot since Favre has said he will most likely retire this year. In their defense, the league said it took them awhile to get statements from everyone involved.