"Country Strong's" Tim McGraw loved co-starring with Gwyneth Paltrow, and got a kick out of hanging with Paltrow's husband, Coldplay frontman Chris Martin. 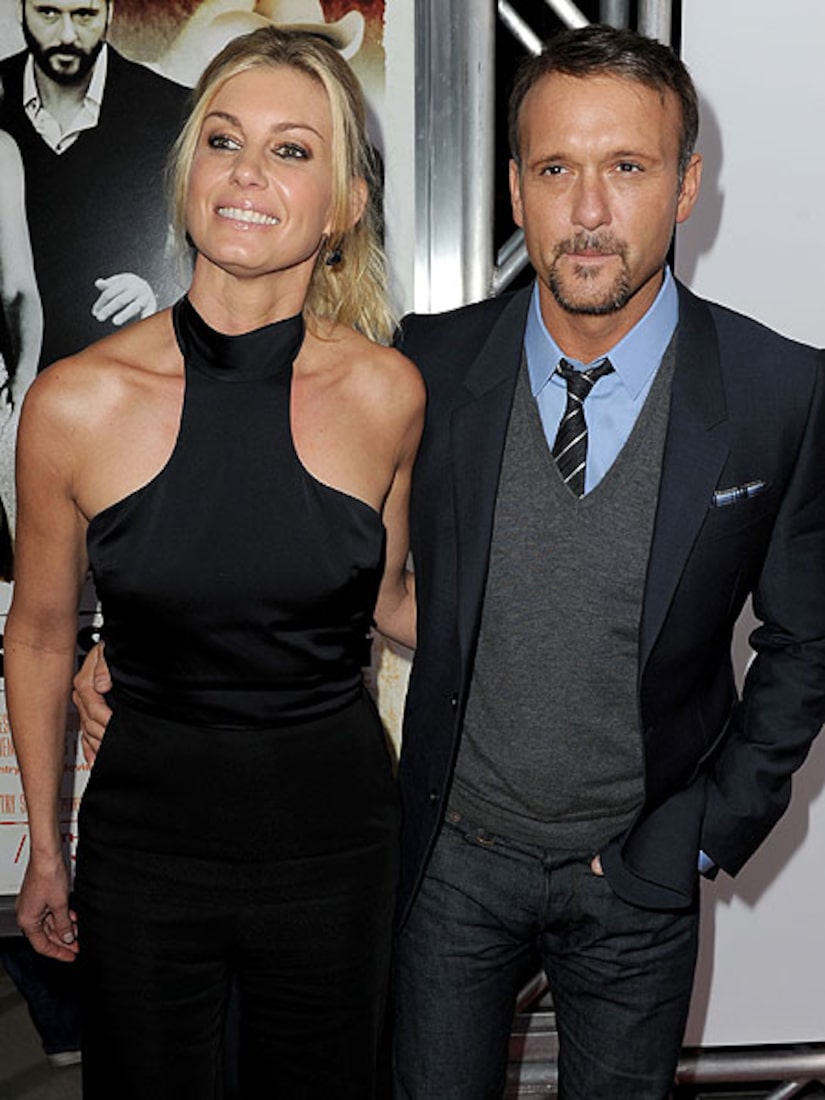 The country singer/actor said Martin and the band spent some time at his digs in Nashville while he and Paltrow were on location filming "Country Strong."

"They said they were songwriting while Gwyneth and I were working, but I haven't heard any songs yet, so a little concerned there," McGraw joked. "Don't want to start any rumors or anything!"

For Paltrow, she did get a few tips from her hubby on learning to play the guitar, but mostly worked with her own coach. "Chris was very supportive, of course," the actress laughed. "But he's kinda got his own day job going on, so I had a guitar teacher who came and taught me how."

"Country Strong" will open around the country Dec. 22. Check out what's in theaters this month!