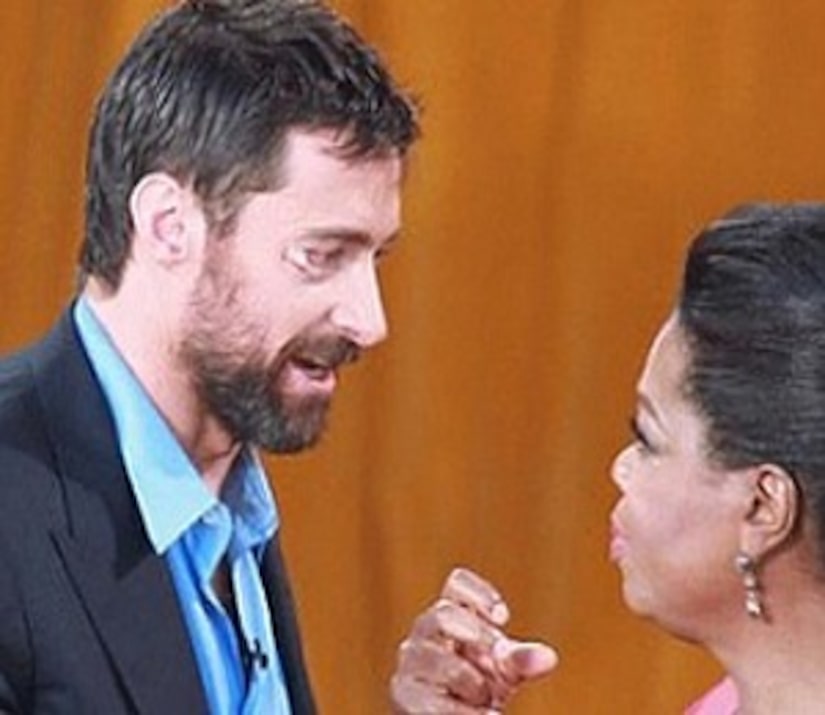 Hugh Jackman sustained a minor facial injury while making a dramatic entrance to a taping of Oprah Winfrey's talk show at the Sydney Opera House on Tuesday -- flying on a zip-line cable from the top of the famous landmark down to the stage, the actor hit the brakes too late and flipped up into a lighting rig, injuring his right eye. -- Full story at People

Evidence of Other Doctors in Michael Jackson's Death -- TMZ