Actor Johnny Depp said he wasn't quite sure what to expect when he began working with Angelina Jolie on their upcoming thriller, "The Tourist."

"Meeting her and getting to know her was a real pleasant surprise," Depp told Vanity Fair in their January issue. "You don't know what she might be like -- if she has any sense of humor at all. I was so pleased to find that she is incredibly normal, and has a wonderfully kind of dark, perverse sense of humor." 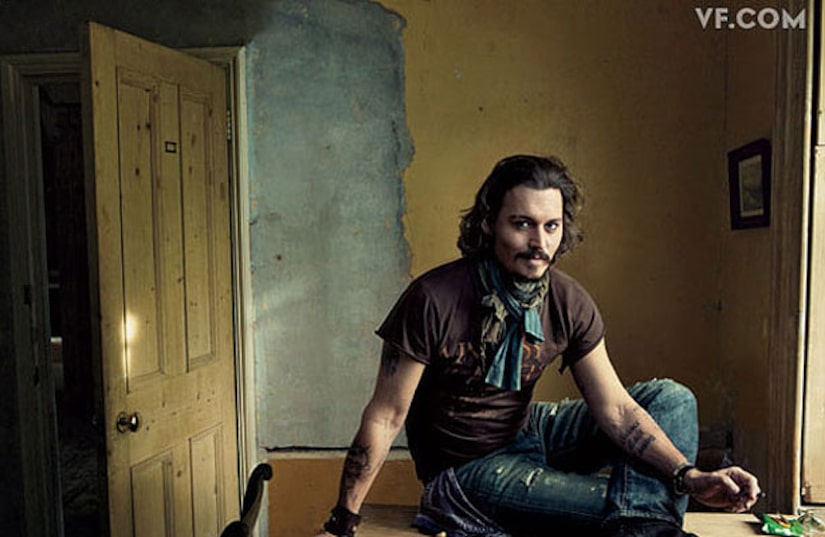 The Oscar-nominated actor talked about the challenges of working under constant media scrutiny on the set, especially how photographers hound Jolie. "Poor thing, dogged by paparazzi, her and her husband, Brad... all their kids. There are times when you see how ridiculous is this life, how ludicrous it is, you know, leaving your house every morning and being followed by paparazzi."

Depp marveled at all the great people he has met in his life, like Elizabeth Taylor. "I've had the honor and the pleasure and gift of having known Elizabeth Taylor for a number of years," he explained. "You know, you sit down with her, she slings hash, she sits there and cusses like a sailor, and she's hilarious. Angie's got the same kind of thing, you know, the same approach."

The actor also revealed the inspiration for a tattoo on his arm -- it's his grandfather's name. "Yeah, Jim. He was a wonderful model. He drove a bus during the day and ran moonshine at night. He was a Robert Mitchum type, a man's man. He just said things like they were."

For more of the Depp interview, pick up the January issue of Vanity Fair.