Jennifer Grey and her partner Derek Hough are the "Dancing with the Stars" winners in this Season 11 nail-biter! 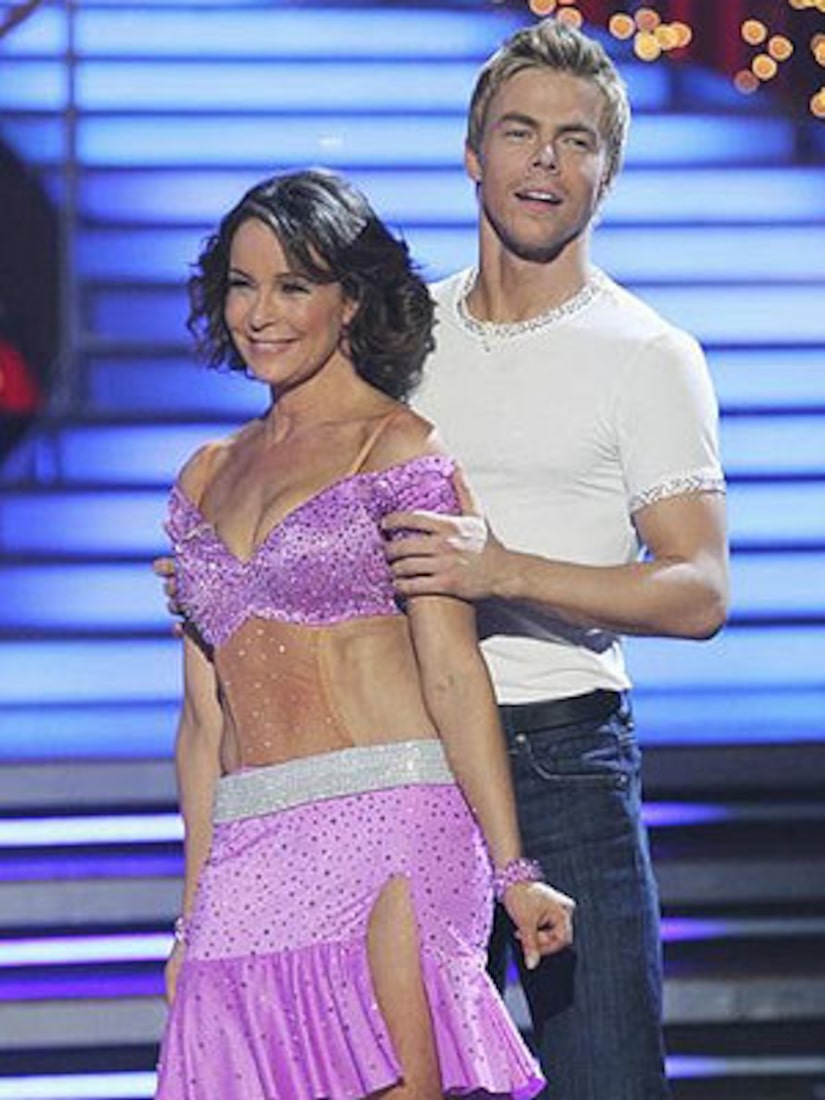 Team Baby Derek's first dance was a spectacular Paso Doble. Judge Bruno Tonioli described it as a "relentless passion from dusk 'til dawn! I don't want this night ever to end!" Then the dancing duo gave a rousing freestyle performance -- described by Judge Carrie Ann Inaba as an energetic and happy "lift extravaganza" -- earning Grey and Hough two sets of perfect scores.

This "DWTS" season was a particularly compelling one, mostly centered on Bristol Palin and her amazing ascension to the final three -- despite receiving mediocre scores each week. Alas, she and Ballas took third place.

The "DWTS" finale saw most of the past season's contestants return for one more dance, including David Hasselhoff and Margaret Cho. Notably absent were Michael Bolton, currently performing at Royal Albert Hall in London, and Audrina Patridge, who is recovering from a virus.

Nobody doesn't give Baby the mirrored ball trophy!