It's hard keeping up with the Kardashian dating rumors. The latest involves Kim and Halle Berry's ex, model Gabriel Aubry. 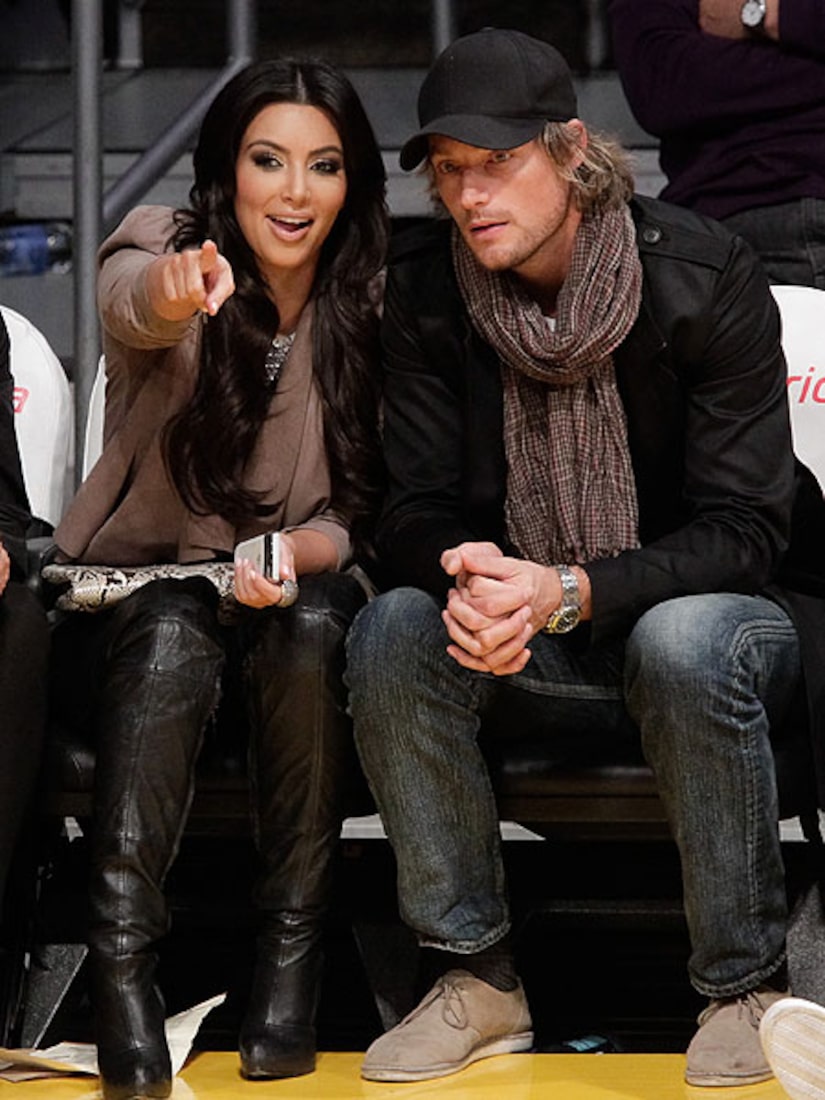 The two were spotted together at an L.A. Lakers game on Sunday, with folks wondering if they were an item. A source told People.com, "They've been dating a little bit."

Kardashian, 30, and Aubry, 34, sat next to each other during the game and were later joined by Kardashian's mom, Kris Jenner.

Kim K spoke with "Extra's" Mario Lopez and told him she and Gabriel were "just friends."

Berry and her new beau, French film actor Olivier Martinez, recently made their debut as an official couple in October, when they attended the Carousel of Hope Gala in Beverly Hills.

Aubry and Berry have a daughter, Nahla, 2.