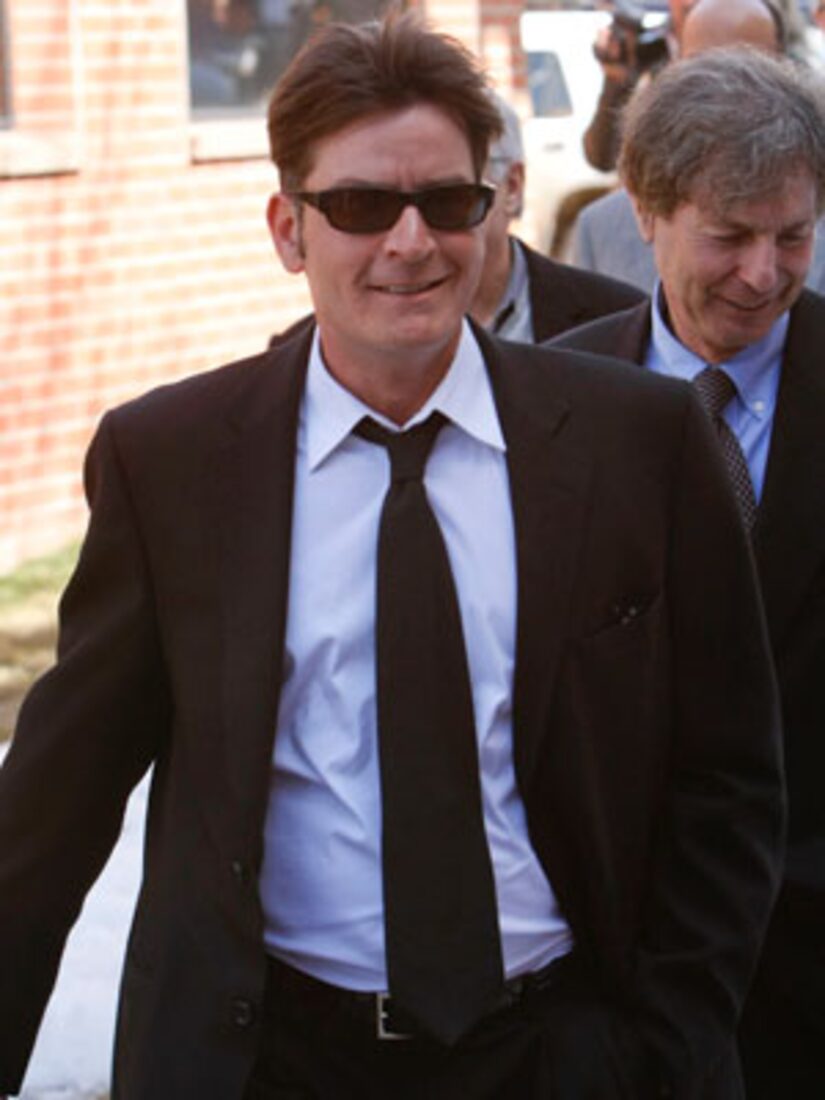 Actor Charlie Sheen filed his own lawsuit against Capri Anderson aka Christina Walsh, for extortion.

According to the papers, Anderson threatened that if she didn't get the money she would go to prosecutors in Aspen to get the actor's probation violated and would "embarrass him and attempt to damage his career by going to the media with her false tale."

Capri appeared on "Good Morning America" Monday to talk about the night in question, and described Sheen as snorting a "white powdery substance" and that said she feared for her life. "I became really uncomfortable when he put his hands around my neck." She added she would be filing her own lawsuit.

Sheen's suit says, "At no time did Sheen assault, batter or threaten Walsh" and accuses Capri of stealing his $165,000 Patek Philippe watch.

The actor is asking for unspecified damages, but nothing less than the cost of his watch. Read the lawsuit papers!