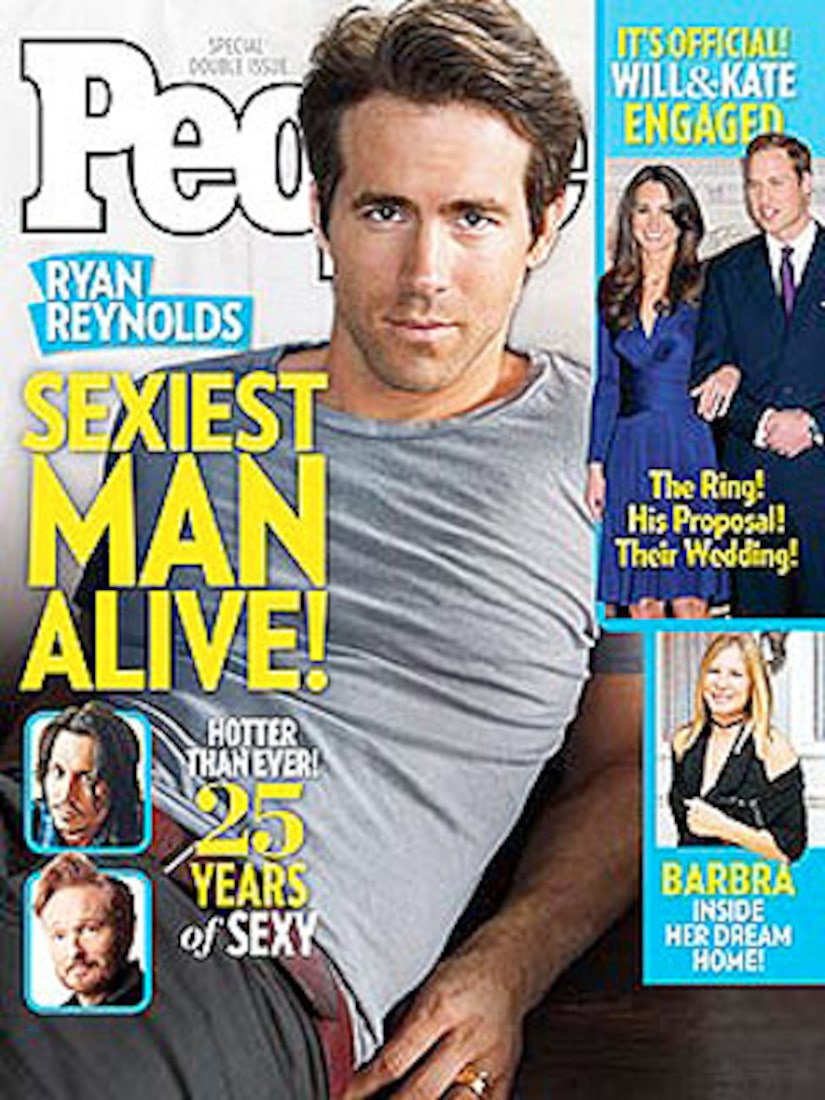 Beating out Justin Timberlake and Jake Gyllenhaal, the humble Reynolds said, "My body naturally wants to look like Dick Van Dyke. When I stop training, I turn into a skin-colored whisper."

Growing up the youngest of four brothers, Reynolds says that he's learned to "go with the flow" and that his new title "gives my family entre into teasing me for the rest of my life."

Ryan said he now expects to be treated differently by his wife of two years, Scarlett Johansson, who was named GQ's "Babe of the Year" earlier this week. "Now it's going to be, 'Sexist man, take out the garbage,'" he joked.

For Ryan's full interview, pick up the new issue of People, on newsstands Friday.