"The Way We Were" stars Barbra Streisand and Robert Redford reunited on "Oprah" and gave their first interview together, 37 years after they appeared in the film. 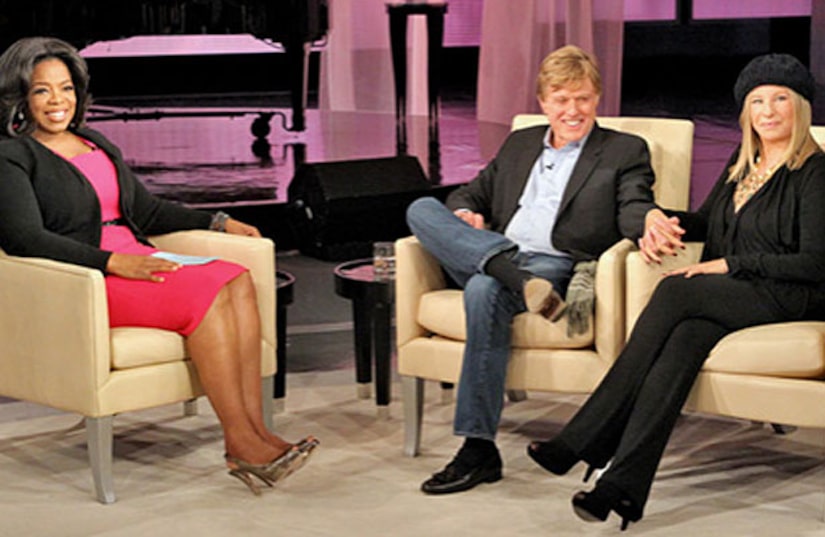 Oprah Winfrey surprised Streisand by bringing Redford out, and the singer/actress greeted her former co-star warmly, wondering why they never did an interview. "Because I never thought I'd get a word in," quipped Redford. Laughing, Streisand responded, "True."

The co-stars talked about their quintessential 1973 romantic movie -- and how Redford turned down the role many times. "I thought it was a good script," explained the actor. "I thought it was great for Barbra, but the character in the initial script was, I felt, one-dimensional. He seemed more symbolic, a model for her to fall in love with, but I didn't believe he had a flaw. If he had a flaw that might be interesting."

Streisand continued, "I wanted him in that part so badly. I was hoping and praying, but it didn't look good. Then I was in Africa, making a movie, and I get a telegram that said, 'Streisand/Redford.' I knew that he signed on."

As for a sequel, Redford knew better than to attempt it. "I just felt certain things should be left alone, and this was one of them."